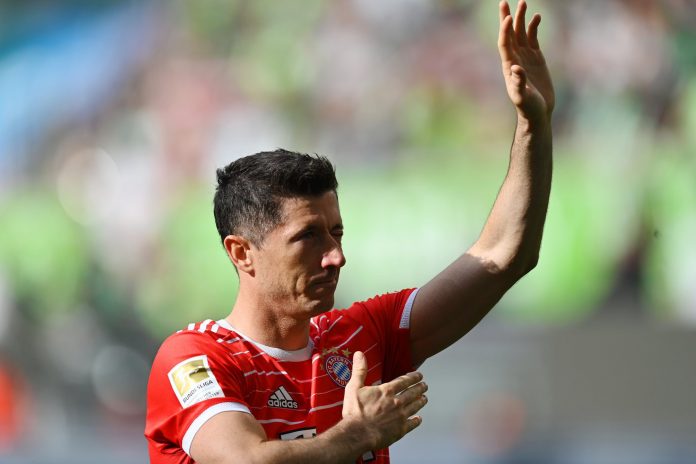 Bayern Munich striker Robert Lewandowski says he wants to leave the club because “something has died in me”.

The 33-year-old Polish international has won eight Bundesliga titles with his current club, as well as the Champions League, but with one year left on his current contract he has been linked with a move away – as he has been the past two seasons.

Bayern are reportedly keen to keep their player for the remainder of his contract but there appeared to be no plan to keep him on beyond that year, and Lewandowski has now spoken to Polish outlet Onet Sport about his desire to leave this summer.

Lewandowski has won the 2020 and 2021 FIFA’s Best award, and has 344 goals in 375 appearances for the current Bundesliga champions.

He has been linked with a move to Barcelona as Xavi Hernandez rebuilds the Catalan side.

“I [want to] walk away because I want more emotions in my life. At Bayern, there was not enough desire to listen to me and my needs. Something in me suddenly vanished. And we cannot overcome it. Even if you want to be professional. It’s simply too much,” he said.

“If you’re in the club for so many years, if you have always been ready, available, despite injuries and pain, you should find the best solution for both sides. We should not look for a one-man decision. It doesn’t make sense, not after such time. After a journey with so many trophies and readiness or support, my loyalty and respect should be more important than strictly business.

“I’ve always been ready, I’ve spent eight beautiful years here, met wonderful people and I want these things to stay in my memories.”

Lewandowski joined Bayern from Borussia Dortmund in 2014 on a free transfer.

Last month, Lewandowski said his time as Bayern player was “over”.

He said: “For today it is certain that my Bayern story is over. I cannot imagine what happened in the last months of our further cooperation. Transfer will be the best solution. I believe Bayern will not stop me just because it can.”

In response, chief executive Oliver Kahn told Sports1: “I can’t tell you why Robert chose this way to communicate his situation. Public statements like that don’t get you anywhere. Robert should know what he has at Bayern. Appreciation is not a one-way street.”

My time at Bayern Munich is over – Lewandowski