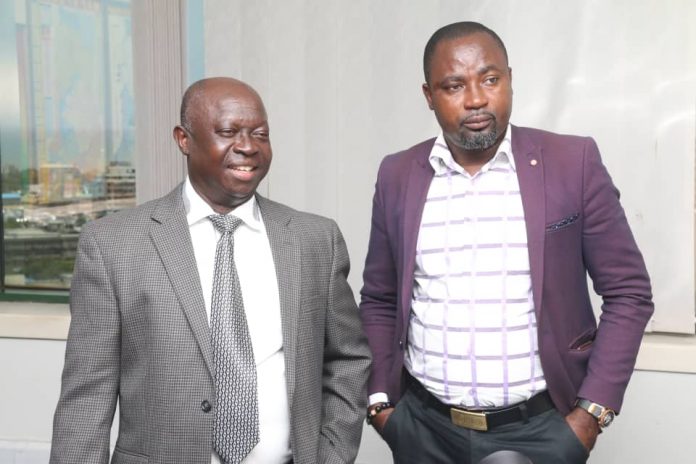 Their travel is at the invitation of the International Sports Press Association (AIPS), the mother body of global sports journalists, to attend the fourth edition of the AIPS Sports Media Awards in Doha, Qatar, the host country for the 2022 FIFA World Cup.

The SWAG leadership will tour media facilities, hotels, transport, stadia and other important working areas for journalists as Qatar prepares to host the biggest football tournament in the world later this year.

The AIPS Media Awards since its inception has seen a number of top journalists from Ghana being nominated in various categories and this year has SWAG member and staff of Media General Francis Hema in the finals of the Young Reporter Broadcasting category, contending with Abdallah Chikawe Fatma (Tanzania) and Rathgeb Thomas (Austria).

The June 12 ceremony, which will be attended by over 800 guests at the Khalifa International Stadium, one of the host stadia for the World Cup, will also have a sizeable global audience as the event will be beamed and streamed live.

The AIPS Media Awards is instituted to celebrate the incredible sports storytelling in all its forms by sports journalists. Special Awards, including A Life in Sport and Investigative Reporting, will be announced during the final ceremony.

The team is expected to return on Tuesday, June 14.