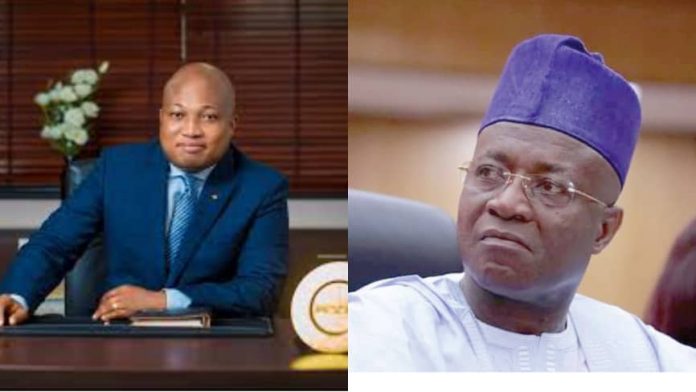 North Tongu Member of Parliament Samuel Okudzeto Ablakwa has reacted to the situation where the Majority Leader Osei Kyei-Mensah-Bonsu was hooted at by some residents of Suame over failed promises in the road sector.

In a sarcastic tweet, Mr Ablakwa told the “good people of Suame should simply open their eyes properly and see President Akufo-Addo’s 10,885 kilometres of new roads.”

He added ” We beg of them to take it easy on our respected Majority Leader, Hon. Osei Kyei-Mensah-Bonsu.”

The good people of Suame should simply open their eyes properly and see President Akufo-Addo’s 10,885 kilometres of new roads.

We beg of them to take it easy on our respected Majority Leader, Hon. Osei Kyei-Mensah-Bonsu. 🙏🏽 pic.twitter.com/tnQMn8BXav

The lawmaker for Suame was reportedly hooted at and pelted with sachet water by some artisans over failed promises to reconstruct the roads in his constituency.

The residents had earlier warned that they were going to demonstrate against the government and the lawmaker over poor roads.

The situation was condemned by a Deputy Communications Director of the New Patriotic Party (NPP), Abdul Kamal Deen.

Speaking on this matter on the New Day show with Johnnie Hughes, on Tuesday July 19, on TV3 Kamal Deen said the people must appreciate the work that has been done by the government in the road sector.

“Unfortunate as it appeared yesterday, we need to say that road needs to be fixed, however it is not the case that we have not done more reads than the NDC,” he said.