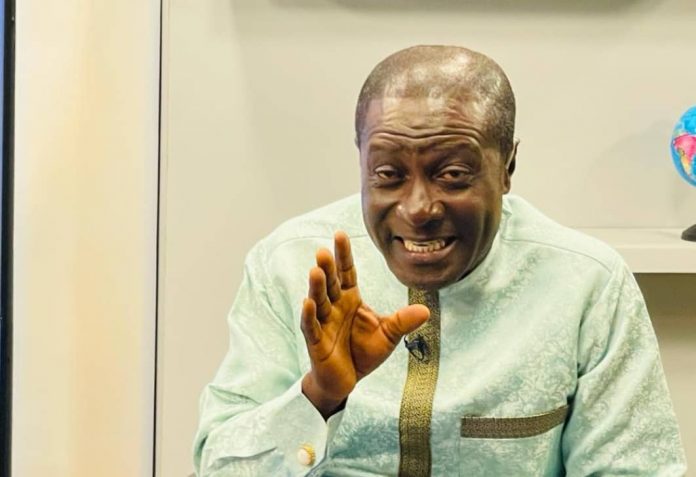 Captain Smart has alleged Ghanaian politicians are saving over $3billion in Switzerland, the reason Ghana’s bailout from the Bretton Woods Institution appears startling.

With a minimum deposit of $500,000 to be eligible to save at any of the Swiss banks as a foreigner, the Maakye host on Onua TV/FM Tuesday alleged that some 159 politicians are at least saving in Switzerland.

Giving a regional breakdown of numbers, he stated the Greater Accra Region alone has 89 people, with the Eastern and Western Regions having 24 and 18 respectively.

In his view, Gabby Asare Otchere-Darko, a leading member of the ruling New Patriotic Party and a cousin to the president, together with the Press Secretary to the President, who is also the President’s Nephew, Nana Bediatuo Asante and some other relations of President Akufo-Addo should be able to provide the amount Ghana is seeking from the International Monetary Fund (IMF).

With some phone calls, Captain believes it should be easier for Mr. Otchere-Darko to raise $2billion to bailout Ghana’s balance of payment.

“Gabby can give us that money [the IMF loan]. Bediatuo can give us $700million. Nana Addo’s three in-laws can give us the money. Gabby can place calls and get us the $2billion,” he mentioned.

Whilst speaking on Maakye, the Morning show on Tuesday July 19, 2022, Captain Smart denounced the numerous challenges in various sectors of the economy whilst politicians have amassed such wealth and kept in a foreign land.

“…But when you go to the hospitals, there are no beds for patients to lie on. There are no gloves for doctors to conduct caesarean activities.

“Schools have no food. Parents pay money to get their wards fed in schools in the Central Region. Check the roads and imagine how people retire and go home miserably.

Captain Smart promised to release the full documents detailing the holders of such accounts shortly.