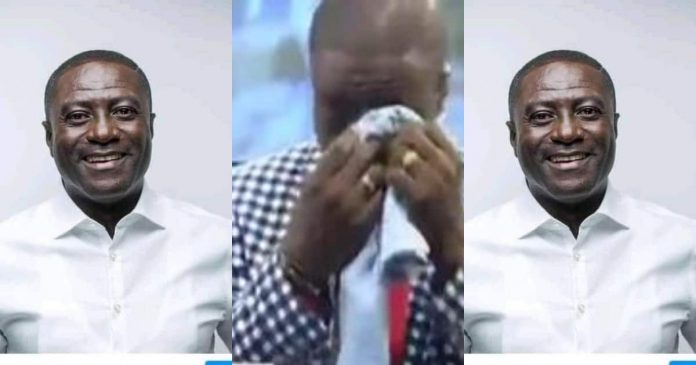 The host of Maakye in wishing his mother on her date of birth wept like a baby when recounting the suffering the old woman went through in raising him as her only child.

Eulogising the retired nurse on his show Friday, November 18, 2022, Captain Smart who said he deliberately thought about his mother when going to bed and “I wept like a baby this night” broke down to tears on set narrating how he chanced in his mother weeping a day to his birthday thinking of how to get money to buy him toffee and egg.

“My mother was going to Togo on her usual merchandise and along the way, they were robbed of their monies and of the four women on the bus, they killed three except my mom. She said she went to the executioner amongst the robbers and begged him that he has only one child and he is not grown so if they kill her, he won’t get anyone to take care of him so they should take her money and spare her life for the sake of her son. So after taking the money, $112,000.00, they inflicted some cutlass wounds on her. She said she walked over 100km before getting a car.

“She spent over a week than her usual returning time so we all became worried until she finally arrived to narrate her story.

“When I was 17, 4th May, my mom was crying because she didn’t know where to get money to buy me egg and toffee for my birthday the next day. Because I really love toffee and egg. Mom, if you give me even your faeces, I’ll eat,” he narrated amid tears.