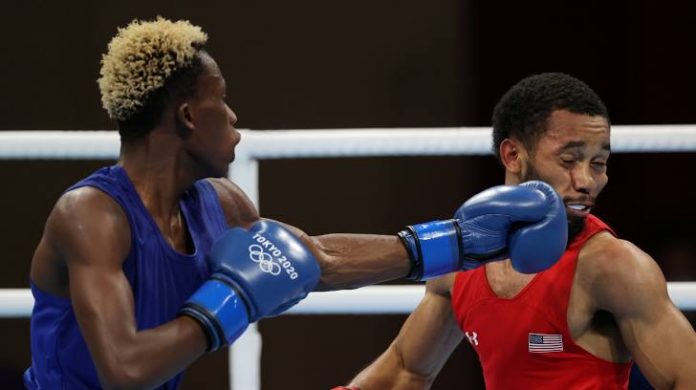 Boxer Samuel Takyi has won bronze in the men’s featherweight at Tokyo 2020 Olympic Games – Ghana’s first medal at the global sporting event since 1992.

Takyi couldn’t go for gold as he was stopped by Duke Ragan of United States on Tuesday.

The 20-year-old was guaranteed a medal even before his fight with Ragan after achieving qualification to the semifinals with an impressive win over Colombian David Ceibar Avila.

Takyi won the first round but Ragan, an experienced fighter, fought back strongly to win the last two rounds and secure qualification to the final.

Takyi’s bronze is the first Olympic medal for Ghana since the football team won bronze at Barcelona 1992.

And the first boxing medal since middleweight Prince Amartey who took the bronze in Munch 1972.