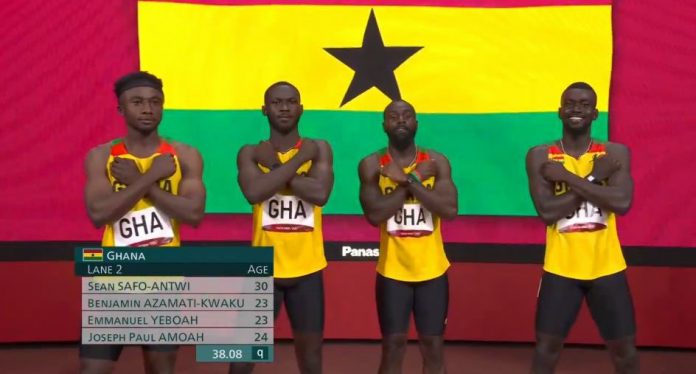 Ghana’s 4x100m team have been disqualified for a lane violation in the final of the men’s relay at the Tokyo 2020 Olympic Games.

They finished seventh in the blistering race but were disqualified because the team’s last baton exchange happened outside the changeover zone.

The quartet made up of Sean Safo-Antwi, Benjamin Azamti, Emmanuel Yeboah and Joseph Paul Amoah, were hoping to podium finish, but they were not fast enough.

However, they ought to be proud of themselves for reaching the final on their debuts at the Olympic Games.

It was the final event for Ghana in Tokyo. They will return home with bronze, Ghana’s first at the global sporting event in 29 years, secured by boxer Samuel Takyi.