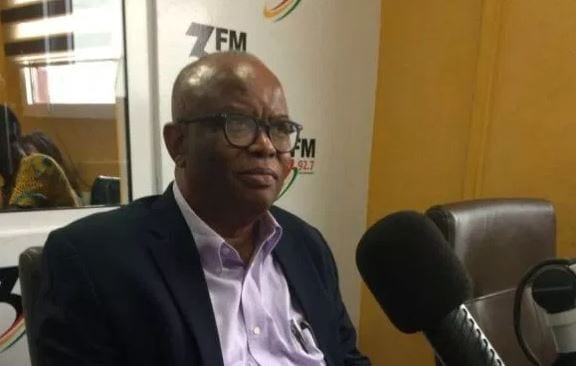 Fred Binka, a Professor of Clinical Epidemiology at the School of Public Health says that people disregarding the President’s ban on all post events receptions.

The ban on receptions is aimed at curbing the spread of the COVID-19 pandemic because according to the government the riskiest activities come from post events as people don’t wear their masks because they want to eat and drink.

A close observation by the Ghanaian scientific community however shows that the government agencies have failed to fully implement what the president has said.

Professor Binka asked “I would have expected that the Ministry of Tourism, Ministry of Transport to come out with another press conference outlining how the ministries would enforce what the president has said.  With what the president said are we to implement it ourselves and who will enforce it? We don’t know. we can’t put everything on the police”.

He told host of the 3FM’s Sunrise morning show Alfred Ocansey on Thursday.

Ghana’s current data shows a spike in the COVID-19 cases. Current active cases stand at 6,766 with 106,434 confirmed cases. 854 deaths have so far been recorded.

Professor Binka questioned how many hotels and event centers have been sanctioned for going contrary to the directives.

“How many of these places that have drinking bars and so on that they have their licenses seized, how many churches and so on. There are other people in charge of these things. Can they give us the implementation plan? What about the schools?”. He queried.

Professor Binka is also concerned about the delay in releasing data which shows that the scientific community is frustrated.

According to him there should be weekly data reports to be able to track the virus.

“At the moment we are not getting the information that allows us to stop the virus it in its tracks so it is having a field day. For example just the results you put there without any additional cost why can’t we report the data weekly? The last data was 11th of July and the recent data is 1st of August so it makes it difficult for people to follow what you are doing. So how many cases died after the week of 11th of July; what happened on the 18th of July, on 25th etc. so basically some of these things must be done systematically because as you do it like this the virus is winning”.

According to Professor Binka the Ghana and the World Health Organisation are presenting parallel data which is worrying.

“The data that we are looking at is changing from what WHO is presenting for Ghana and what Ghana Health Service is reporting. This tells you that something is going on wrong there.

Is the Ghanaian youth living or existing? Watch this calculation by Captain Smart on how ‘NABCOers’ survive