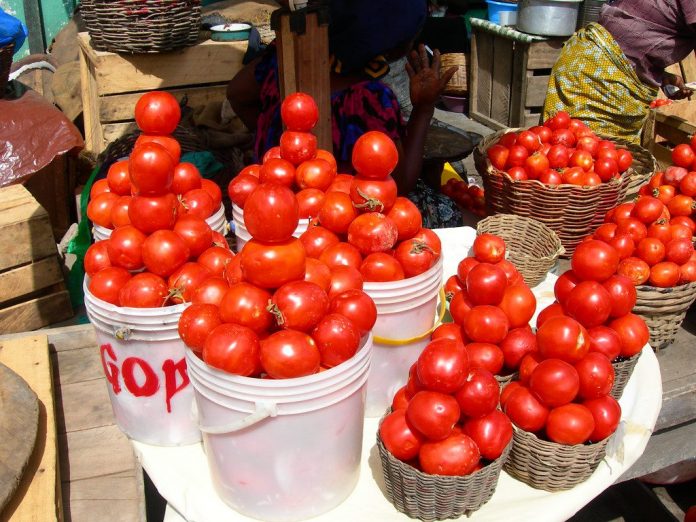 Tomato traders at Agbogbloshie market in the Greater Accra region are lamenting the influx of imported tomatoes mainly from Morocco, on the local markets.

According to the traders, this development is negatively affecting their businesses since the imported items are gradually taking over the domestic market.

The traders speaking to Onua TV news team during a visit to Agbogbloshie market on Monday August 2 complained about the dwindling of their livelihood and requested the government to tackle the hike in prices of the local tomatoes.

They are also demanding that government place an embargo on importation of tomatoes and other food items into the country and help intensify the campaign of consuming local foods.

A box of local tomatoes which used to sell at 200 cedis now sells within the range of 350 to 600 cedis depending on its sizes and quality.

Meanwhile, the traders have indicated that they are compelled to import the tomatoes from the neighboring countries due to its scarcity in the country.

The traders have attributed the shortage of the tomatoes and other local food stuffs to pest infestation and inadequate rainfall as well as bad farm practices adopted by Ghanaian farmers.

They have thus called on the government to support farmers to cultivate in large quantities to help avoid food insecurity in the country.