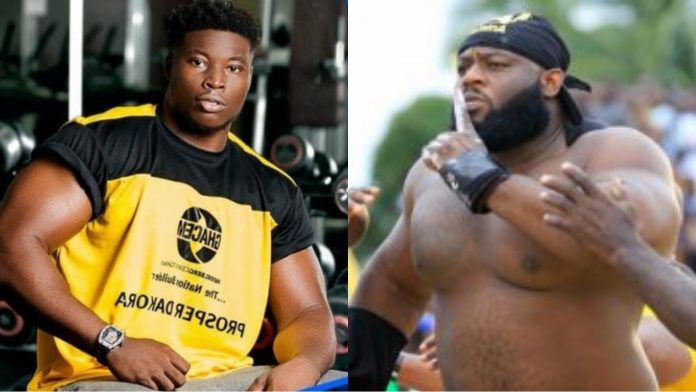 Winner of the 2022 edition of TV3’s Ghana’s Strongest, Prosper Dakora, aka the ‘The Beast’ has said he will defeat two-time champion of the competition, ‘Shaka Zulu if they happen to confront each other again in a contest.

He says outperforming the most successful competitor of the competition is something Mr. Smith himself is aware of.

But after being crowned 2022 champion, Mr. Dakora says even though Shaka’s weight was an advantage to him then, the outcome of this year’s competition is a testimony that hardwork is the real deal.

“Before the final [2021 Champion of champions], his people told him to be weary of me because if he joked, he would lose to me. And truly I gave him a close competition. If he wasn’t in the competition that year, I would have won hands down because his body weight was above mine.

When Captain Smart asked if he can defeat Shaka Zulu should they meet again, The Beast said: “He himself is aware. Because if you train hard devoid of laziness, it doesn’t matter how big you are. Because the policeman [Bright Appiah aka Swat, 2022 1st Runner-Up] in the final weighs more than me.”