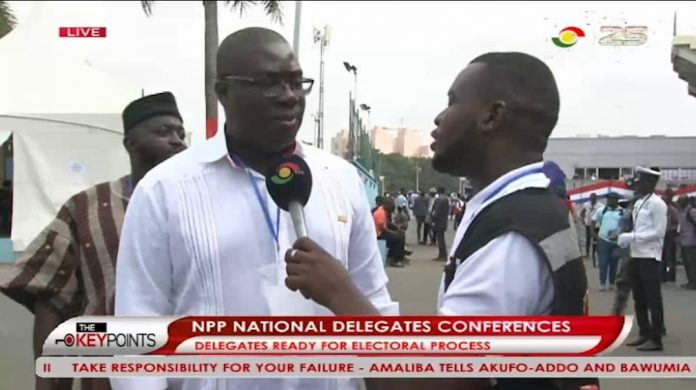 Sammy Awuku has lauded the Freddie led administration of the New Patriotic Party (NPP) under which he served as National Organiser.

Mr. Awuku believes everyone in the outgoing executives contributed their quota both as team members and individuals.

He spoke with TV3’s Komla Adom at the venue of the conference, the Accra Sports Stadium.

“I think individually and collectively, we have performed the duty and task assigned to us.

The former National Youth Organiser of the party says they promised to deliver and truly provided for the party the mandate assigned to them.

“It’s up to the NPP delegates and fraternity to also judge us based on the content and what we’ve done. We promised to deliver victory and we delivered victory,” he indicated.

Meanwhile, even though the party lost many Parliamentary seats under their leadership in the last elections, Mr. Awuku asserts they did their best and there is room for improvement.

“The biggest room in the world is the room for improvement. Me and my colleagues from the Freddie Blay leadership we’ve been able to do our bid to move the party forward.

He has asked the party faithful to provide the needed support for the incoming executives to also move the party to the next stage.

“It’s up to the next crop of party executives and leaders to also enjoy that maximum support and cooperation to also help move the NPP to the next level,” he said.