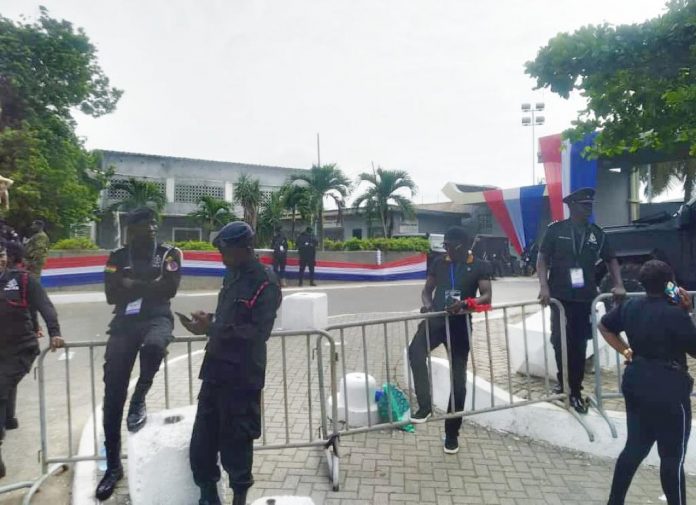 Security arrangement at the Accra Sports Stadium, venue for the New Patriotic Party’s Delegates Conference is tight according to reports.

The police presence at the venue is high as only accredited individuals are allowed entrance.

Onua TV/FM’s roving journalist, Ohim reports an Officer of the National Disaster Management Organisation (NADMO) had an unpleasant encounter with a police officer lack of accreditation from the former.

Due to the party’s current regulation on campaigns, the usual display of huge billboards are absent.

According to the Director of Elections for the party, Peter Mac Manu, huge billboards characterised previous elections of the party because there was no legal instrument baring it.

However, the coming into effect of the law according to Mr. Mac Manu has curbed the act.

He explains the directive is to guard against the excessive spending on campaigning. Some delegates from the other regions who arrived yesterday are already at the grounds.