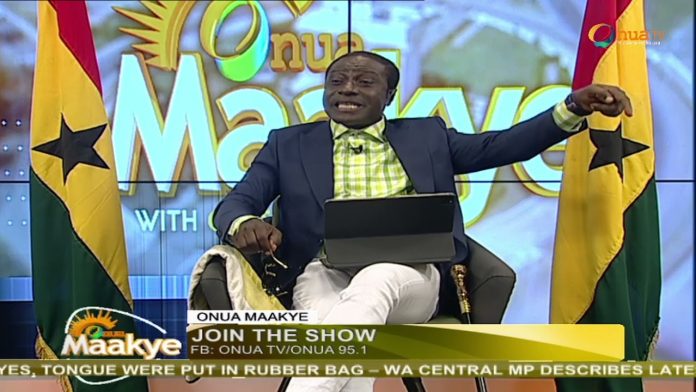 Known in public life as Blessed Godsbrain Smart, who hosts Onua TV/FM’s morning show, Maakye, Tuesday, September 20, 2021 indicated the recognition accorded African leaders at the funeral of Queen Elizabeth reinforces the disrespect the white race has for Africans and how leaders on the continent have dented their image with their deeds.

According to Captain Smart, Otumfuo’s nonattendance of the even spikes his excessive wisdom not to allow himself to ve and his kingdom to be downgraded because of the funeral of someone’s mother.

The Asantehene had issued a statement expressing his inability to attend Queen Elizabeth II’s funeral rites following the King Charles’s invite to Manhyia.

The reason he couldn’t grace the occasion was, however, not stated.

Considering some visuals from the grounds and how some heads if state especially from Africa were conveyed to the grounds, many felt the African leaders who attended the event were reduced to nothing by the British.

Captain Smart, ranting over the issue said “I want to salute Otumfuo for not attending the funeral. I won’t allow you to use your mother’s funeral to subdue my glory”, commending other monarchs from Argentina, Morocco and even the Canadian monarch didn’t go,” he said.