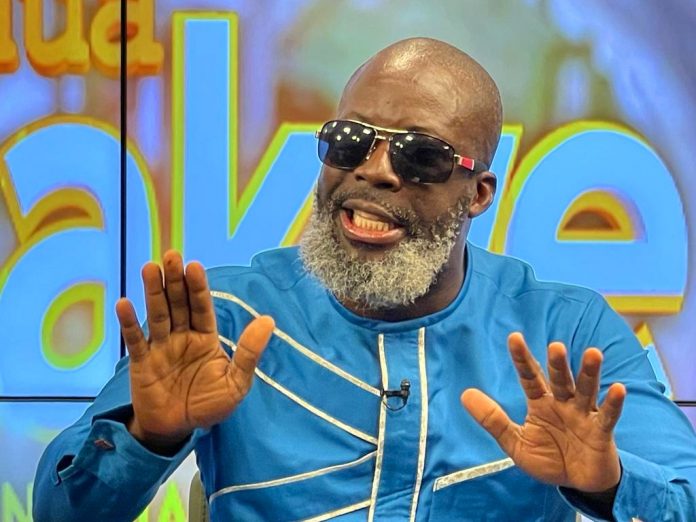 Founder of Heaven’s Gate Ministries, Rev. Nicholas Osei popularly known as Prophet Kumchacha has said his penny will not go into the construction of the National Cathedral.

He says he is not a fool to contribute money towards the construction of the edifice.

He was commenting on the brouhaha surrounding the Cathedral on Onua TV/FM’s ‘Maakye’ on Wednesday, June 8, 2022.

On Friday, documents from the Office of the President released by North Tongu MP Samuel Okudzeto Ablakwa revealed that in 2021 alone, President Akufo-Addo authorised an astonishing GHS32million of taxpayer funds to be paid to Sir David Adjaye & Associates Ltd for consultancy services on the National Cathedral project.

Also, government through the Ministry of Finance authorised the Controller and Accountant General to release a GH₵25million seed money for the project.

Aside from the GHS57 million which the MP said was spent on the blind side of Parliament, he has disclosed yet another GH₵142.7million released in October 2020 for ‘planned activities’ on the National Cathedral.

Responding to a question posed to him by host, Captain Smart, if he will not contribute even GH₵1,000.00 to the project, he said “Am I a fool? I would have given it to the needy.”

According to the prophet, he doesn’t see the need to contribute towards the building whilst the president said it was his personal pledge to God.

He indicated there are numerous pressing issues in the country where government could have used those monies in these critical times rather than diverting them into the Cathedral’s erection.

‘Akufo-Addo would have been Ghana’s best president if…’ – Kumchacha

‘If landlords don’t adhere to the monthly rent system, they will have to eat their houses’ – Kumchacha on becoming President