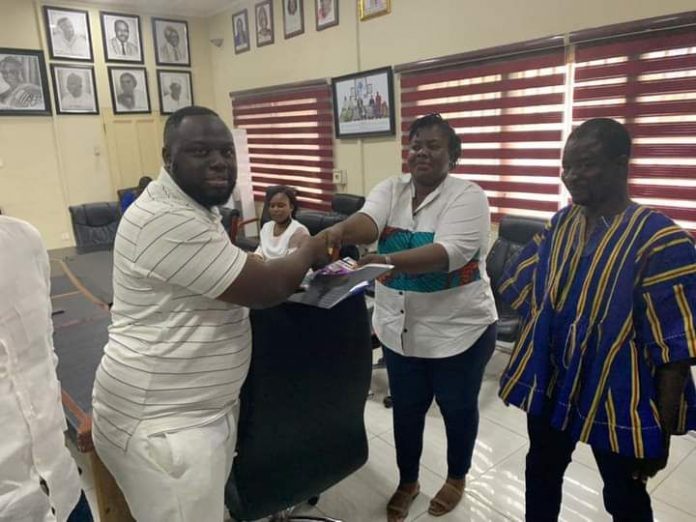 Mr superior’s Executive Assistant, Christopher Kouyo, led some officials of the Peoples’ Campaign to pick the nomination forms today at the party’s headquarters at Asylum Down in Accra.

He is galvanizing support to win the portfolio to steer affairs of the party for the next four years.

The Peoples’ Campaign, since he started, has received massive endorsement across the country with a clarion call to replace the current General Secretary.

Mr Superior is proposing the Vice Chairman of the party should be assigned specific roles in addition to what the party’s constitution has prescribed.

According to him, this additional responsibility will improve the functions of the Vice-Chairmen and contribute meaningfully to the progress of the party.

Mr. Superior said this will help the party to progress when implemented.

The NPP General Secretary Hopeful added that it is time for the party to follow the modern trends of political party administration.

“It does appear that the Vice Chairmen do not have a role in terms of specific job allocation or assignment in the party. And I am proposing that we should find specific roles for them so that they can be engaged meaningfully as Vice.

“We need to organize our party along modern lines because modernity is key. We have to improve. The areas are absent in terms of our administrative structure,” he maintained.