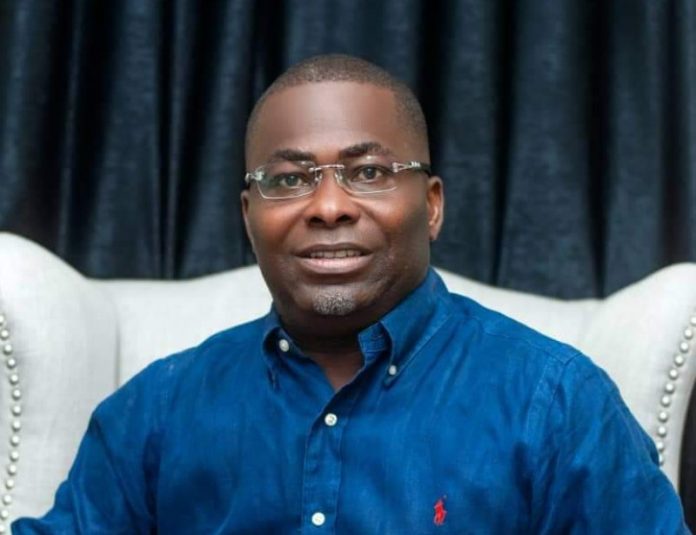 Charles Cromwell Bisue, a General Secretary hopeful for the New Patriotic Party has withdrawn from the polls.

In a release issued Wednesday, July 13, 2022, Mr. Bisue says the Election Committee of the party has been informed of the decision.

He had secured the fourth spot among the five contestants on the ballot before his withdrawal.

Read his release below:

On Wednesday, 13 July 2022, I officially withdrew my aspiration for the General Secretary position of the New Patriotic Party (NPP). A letter has been issued to that effect, to the National Election Committee, and that I believe was received in good faith. In the spirit of the Party’s constitution as stipulated in Article 10 (4), I presented myself as a nominee for the General Secretary position, to which, I was duly vetted and passed by the Elections Committee. I secured the 4th position among five other contenders on the ballot paper.

My campaign was strongly articulated with an assurance of transforming the Party into an effective
political machinery that inspires confidence and trust within the Party and among Ghanaians. My message of change was well received by the masses of delegates and party people across the country. I have impressed on the Party that the New Patriotic Party requires transformation – a transformation that embraces scientific and innovative electoral strategies and systems, and effective Party management.

Delegates had high hopes of the change I am capable of effecting in the Party should I become the General Secretary. Though I am stepping out of this contest, I am willing to share with whoever gets elected as the General Secretary, and the Party in general, the knowledge, ideas and tools I had intended to use in rebuilding the Party into prominence and sustained political power.

As a Patriot I will continue to serve in any capacity, and pursue the interest of the Party at all times. To my Party people and particularly delegates, I urge you to uphold the tenets of our Party’s constitution, values and principles in all endeavors. The Ghanaian is super sensitive to the manner in which we conduct our internal elections. I pray therefore, that, in unity, we allow delegates to freely make a choice for its leadership for the next four-year term.

I wish to conclude with my appreciation for the support given me over the past years and in recent times by Party people, supporters and the Ghanaian media.
The quest to serve is not over yet.

NPP Chairmanship race: ‘It is the year of the Stephens’ – Dr. Smart Sarpong