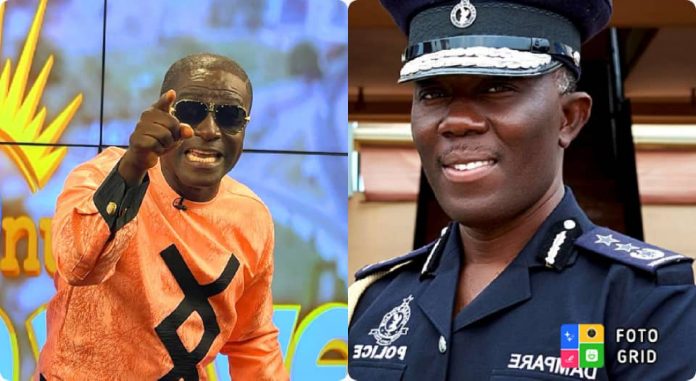 Broadcaster, Blessed Godsbrain Smart, has dissociated himself from the planned ‘armed’ demo scheduled for June 4, 2022.

Captain Smart, as he is known in the media was listed among Okatakyie Afrifa Mensah, Oliver Barker-Vormawor and Benjamin Darko as organisers of a supposed three-day demonstration with private security where participants would arm themselves for protection, according to a supposed letter from the organisers at the police’s disposal.

However, Captain Smart says he is oblivious of the said letter with the police.

“I have no idea about this letter, I don’t know whoever drafted it, who sent it, who typed it and how it was taken to the police headquarters. Yes I will keep talking about the problems of this country but to fool around with guns, I am not for it, in capital letters,” he emphasized.

The Accra Regional Police Command Wednesday, June 1, 2022 issued a statement stopping the protest because, the nature, according to the police, violates the Public Order Act, 1994 (ACT 49) and has the potential to result in the breach of public order and safety.

But speaking on his show Thursday, June 2, Captain Smart stated that, even though he was part of the organisers of the demo, he has not consented to any idea of arming themselves for the event.

He is therefore calling on the Inspector General of Police (IGP), Dr. George Akuffo Dampare to arrest whoever is behind the said note.

Mr. Smart said aside from the content of the letter, he is stupefied over the police’s inability to apprehend the person that submitted the letter which bear no signature.

“So Dampare, look for whoever wrote that letter and arrest him. And I am surprised the police could even take an unsigned letter and issue a statement on it.”