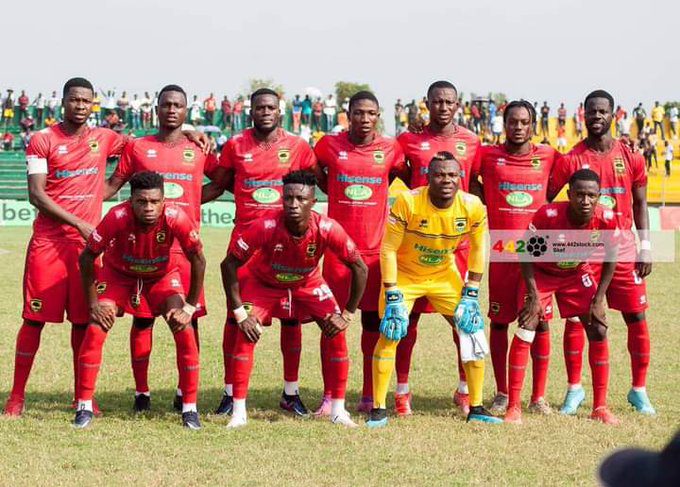 Asante Kotoko won a record-extending 25th Ghana Premier League title after a 1-1 draw with AshantiGold in Obuasi on Thursday.

Prosper Narteh’s side needed just a point on the day with three league games left, as they led Hearts of Oak by 11 points and most importantly, on a head-to-head basis, the main separator for league winners.

The Kumasi-based side have amassed 60 points from 17 wins and nine draws in 31 matches so far this season.

Kotoko won seven games and recorded just two losses away from home, currently the best record in both categories.

All hail the CHAMPIONS IN WAITING

Cameroonian striker, Franck Mbella, has been influential to Kotoko’s victories, scoring 20 out of the club’s 43 goals with one Player of the Month accolade.

Kotoko have gained the right to compete in next season’s CAF Champions League qualifiers with the hope of making the group stages for the first time since 2006.