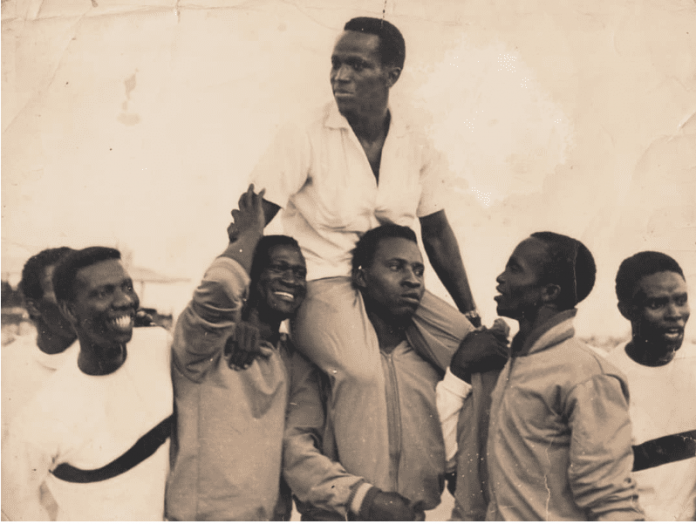 The autobiography of the late C.K Gyamfi, widely regarded as the most influential figure in Ghana’s football history, is set to be launched in Accra this month.

Gyamfi, who passed away aged 85 on September 2, 2015, shaped the lives and careers of many prominent footballers and coaches in Ghana and on the African continent.

Described by CAF as “a huge figure in Ghanaian and continental football folklore” and by FIFA as “one of the most successful coaches in African football”, Gyamfi won a joint-record hat trick of Africa Cup of Nations titles, leading Ghana to victory in 1963, 1965 and 1982.

Born Charles Kumi Gyamfi on December 29, 1929, Gyamfi enjoyed a celebrated playing career, starring as a prolific striker for traditional giants Ebusua Dwarfs, Asante Kotoko, Hearts of Oak, and the Ghana national team. During his heyday in the 1950s, he was often hailed by the press as one of the most complete footballers to emerge from Africa.

In 1960, he made history by becoming the first Ghanaian footballer to sign a professional contract in Europe, and the first black African to play in Germany, joining Fortuna Dusseldorf’s first team. His exploits as a marksman for the German outfit earned him comparisons with the great Brazilian striker Pele.

Trained in Germany and Brazil, Gyamfi went on to become the first black coach of the Black Stars in 1962. He later led the team to back to back Africa Cup titles, and became the first coach to qualify a Sub-Saharan African national team to the football tournament of the Olympics (Tokyo 1964), reaching the quarter final with Ghana. He coached Africa XI sides in the early 1970s, and managed clubs in Somalia and Kenya to league titles in the 1980s.

His autobiography, titled “The Black Star”, a homage to the beloved Ghana national team, of which he was founding captain, is written in collaboration with award-winning writer Fiifi Anaman. It will be launched at the Ghana Academy of Arts and Sciences, Airport Residential Area, on Thursday May 19, 2022 at 4pm. The program is being organized by Gyamfi’s sons, as a celebration of their late father’s legacy.

The book’s content spans many decades of historic events, examining the history and evolution of football in Ghana and Africa for most parts of the 20th century.

Gyamfi was a respected CAF and FIFA Technical Study Group member in the latter stages of his career. He was decorated with state awards in Ghana and Senegal, and was honoured posthumously by CAF (Legend Award, 2016) and CISA (Best Technician Award, 2018).