Home Politics ‘But for the NPP, NDC, LPG is the best political party in...
Facebook
Twitter
WhatsApp
Linkedin
Telegram
Print 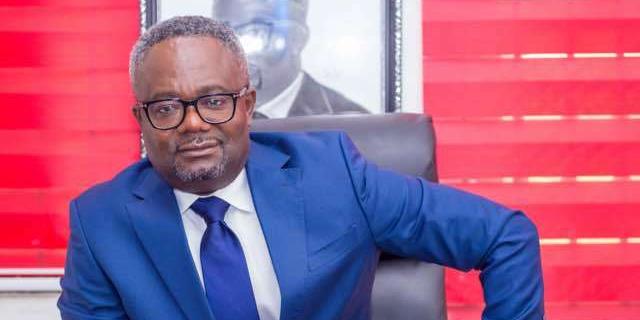 Founder of the Liberal Party of Ghana (LPG) Perceval Kofi Akpaloo has laughed off the assertion that his party could be part of the 17 political parties the Electoral Commission has threatened to delist.

According to Mr. Akpaloo, the LPG is law abiding and obeys all rules and regulations governing the political parties in Ghana.

He says but for the New Patriotic Party and the National Democratic Congress, the LPG is the most serious political party in Ghana.

“The LPG cannot be delisted. We abide by the rules and the whole Ghana the LPG comes next after the NPP and NDC. The others are asleep,” he said when asked about the delisting being hinted by the Electoral Commission.

Read the full release from the EC below:

In a bid to ensure compliance with Section 22 (1) of the Political Parties Act, 2000 (Act 574), the Electoral Commission undertook a nationwide exercise to inspect the offices of all registered political parties in Ghana. This exercise was conducted from the 16th of May to the 9th of June, 2022.

Following the nationwide inspection, it came to light that the under-listed Political Parties have no offices at the National and Regional levels as required by Section 15 (1) (Act 574).

The Commission intends to invoke Section 15 (3) (c) of the Political Parties Act of 2000, Act 574, which mandates it to cancel the registration of Political Parties which do not have offices at the National and Regional levels.

In this vein, the following Political Parties are by this notice requested to show cause in writing to the Electoral Commission why their registration should not be cancelled:

Note: This Public Notice has become necessary due to the failure of the listed Political Parties to furnish the Electoral Commission with information on their locations.

‘Political parties are self aggrandising cabals who are not to be trusted’ – Prof. Gyampo fires NPP