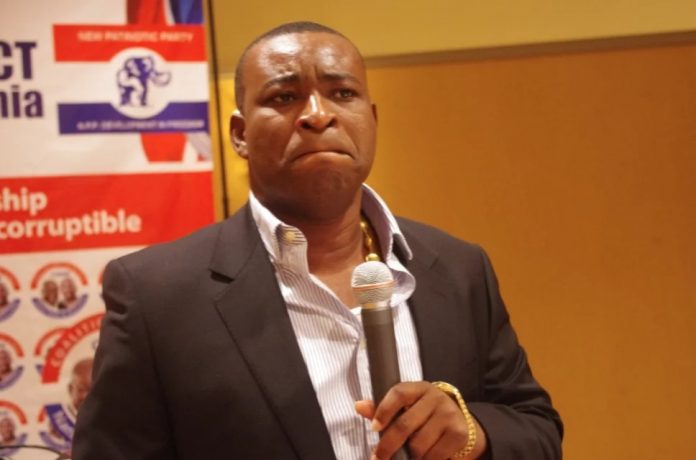 The Communication Bureau of the opposition National Democratic Congress (NDC), in the Ashanti Region has appealed to Asanteman Traditional Council to call the New Patriotic Party’s Regional Chairman, Benard Antwi Boasiako to order.

The NDC say if a Regional Chairman of a ruling political party spews lose talks without being called to order, the floodgates of similar vulgar words may follow, hence, their resort to Nananom to call him to order.

They are calling on the Council to ask Chairman Wontumi, as he is popularly known to retract his comment that Ashanti’s addiction to NPP is inseparable even when deprived of developments.

Whiles discussing the government’s decision to resort to IMF bailout to some party faithfuls, Chairman Wontumi explained the bailout would not increase the chances of NDC in the Ashanti Region as Asantes would still vote for the NPP nevertheless.

“NDC should forget 40% of votes in Ashanti Region, because with or without developments ‘we the Asantes will vote for NPP,” Wontumi had said.

But the NDC, though, has taken exception to such assertion, they believe the statement is unfortunate and downplays the integrity of Asanteman.

Mr. Asafo Agyei in his reaction to the statement further called on the Chief of Staff of Manhyia Palace and the Asanteman Council to effect his plea to sanitise the system from similar unfortunate statements as the heightened political season draws nigher.

He told host of the show, Aduanaba Kofi Asante Ennin that “I personally find the comment made by the Regional Chairman of the ruling New Patriotic Party in the Ashanti Region as unfortunate, embarrassing and an insult to his Royal Majesty, Otumfuo Osei Tutu after tirelessly calling on various governments to remember Ashanti Region in their developmental projects.”