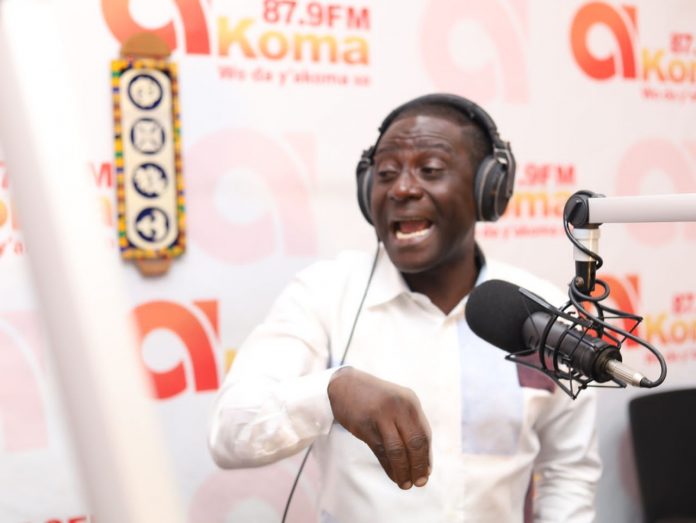 Co-host of Akoma Maakye on Onua TV/FM and Akoma FM, Blessed Godsbrain Smart has charged the paramountcies in the Ashanti region to live up to expectation in curbing the galamsey menace in the region.

Captain Smart, particularly singled out the Manso Nkwanta paramount chief to as a matter of urgency take action against the practice.

He noted the ascendency rate of the practise is so abhorring which requires an urgent action to bring it to a halt.

Galamsey activities have been on the rise in the Ashanti region recently forcing utterances from persons where the wrath of the Kumasi Traditional Council were incurred from the infamous Odike comment on Oyerepa FM.

Odike, who was a guest of a political show programme on Oyerepa FM, lashed out the traditional leaders in Ashanti Region for failing to fight against illegal mining.

He accused the chiefs of engaging in galamsey since they’re looking on unconcerned to the destruction of water bodies and forests.

This comment angered the Kumasi Traditional Council, claiming it is a form of rebellion against the Asantehene, Otumfuo Osei Tutu II.

But speaking on Akoma Maakye Monday, September 26, 2022 on Onua TV/FM and Akoma FM, Captain Smart said Manso Nkwanta is on the verge of its natural environment to galamsey.