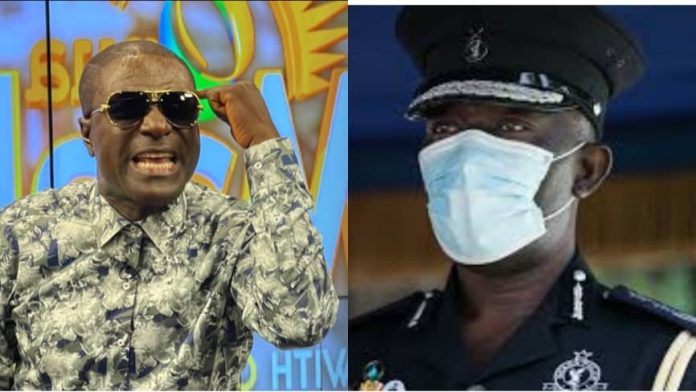 Captain Smart, host of Maakye, the morning show on Onua TV/FM has spelt out why people have started losing confidence in the IGP.

The ruling NPP government, according to Captain Smart is sabotaging the Inspector General of Police (IGP), Dr. George Akuffo Dampare for refusing the list of party boys presented him to recruit into the police service.

This ‘crime’, caused by Dampare is what Captain Smart says constituted the basis for the sabotage against his leadership.

His comment comes on the back of the mayhem caused during the Arise Ghana demonstration Tuesday, June 28, 2022.

The protest was characterised with stone pelting, firing of teargas, causing damages and destruction of properties amidst some arrests.

But commenting on the events at the Day 1 of the demo, Captain Smart indicated scores of police brutalities meted out to demonstrators with Ejura, Nkoranza and yesterday’s demo amongst others in perspective, government is deliberately undermining Dr. Dampare’s administration.

He explains since he refused the protocol list, government would also ensure party boys already in the police service are selected whenever Dampare gives an order, who would go ahead to misbehave to bring the current police leadership into disrepute.

“IGP, the people have started losing confidence in you and it’s so sudden. Dampare’s first problem was that, government gave him a protocol list and he refused.

“If you’re not careful, the people you’ll delegate authority to assemble men will go for party boys. They will be doing party work rather than working as police,” he cautioned.