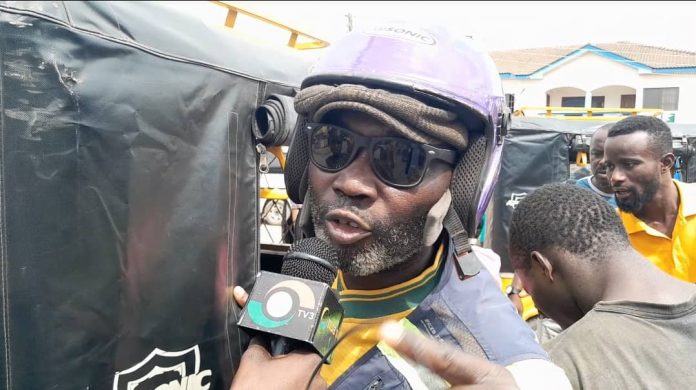 Some residents and constituents of Dome Kwabenya have expressed joy over the dismissal of the Minister of Gender and Social Protection, Sarah Adwoa Safo.

The residents say the announcement was long overdue. Several calls had come for the dismissal of the minister following her continuos absence from Parliament and shirking her role as a minister until her dismissal yesterday.

Some residents who spoke to TV3’s Joel Amstrong said the MP has made them regretted sending her to Parliament to represent them.

“Why should I be sad? She is supposed to be sacked and it is good that she has been sacked,” a constituent indicated.

Another said “is is good to take care of your children as a mother so if she is caring for her children abroad, it is in good light. It is good she has been sacked so that she can take care of her kids”

“We walked through the rain to vote for her and she has abandoned us. I’m happy. Parliament should also sack her as our MP so that another person will come and represent us,” another resident intimated.

The directive for her dismissal comes weeks after calls have come for the Minister’s head following her refusal to appear before the Privileges Committee of Parliament after being summoned along with two other MPs for absenting themselves for 15 sittings.

Prior to being hauled before the Committee, the Dome Kwabenya Member of Parliament had sought permission from the president to go for some vacation where the Water and Sanitation Minister, Cecilia Abena Dapaah was asked to take over until her return.

She sought for extension for her leave until it became clear that she wouldn’t be returning anytime soon.

In the released issued by the Director of Communications at the Presidency, Eugene Arhin, the directive was to take immediate effect.

“In accordance with article 81(a) of the Constitution,the President of the Republic,Nana Addo Dankwa Akufo-Addo, has revoked the appointment of Hon. Sarah Adwoa Safo, Member of Parliament for Dome Kwabenya, as Minister for Gender, Children and Social Protection,with immediate effect.

“The Minister for Sanitation and Water Resources, Madam Cecilia Abena Dapaah, will continue to act as caretaker Minister for the Ministry of Gender, Children and Social Protection,untilsuch a time that President Akufo-Addo appoints a substantive Minister,” it stated.