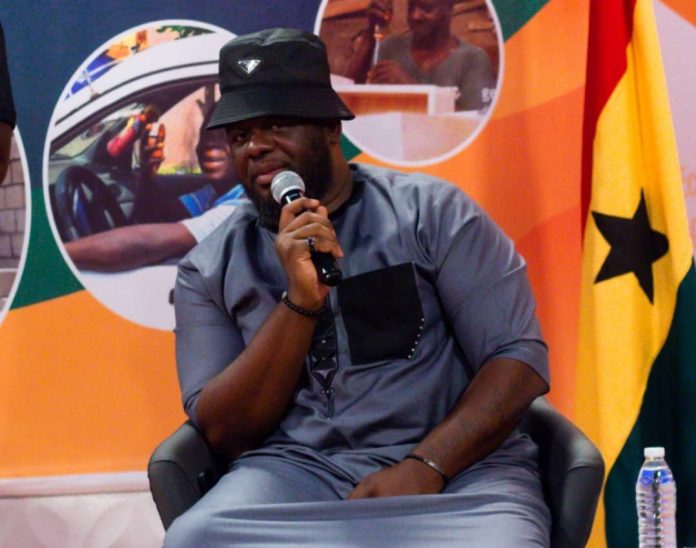 Lawrence Nana Asiamah Hanson, hitherto known in the showbiz industry as Bulldog has revealed why he changed his name to Bullgod.

He says his daughter has been calling him ‘god’ instead of ‘dog’ at home which made him settle on the ‘god’.

Reacting to the change of name on Onua TV/FM’s Peoples’ Assembly Friday, July 29, 2022, the Artiste Manager and Entertainment Pundit said both names have to do with God so he decided to use what his daughter has been calling him.

“Bulldog means ‘Bull depend on God’ and that was even longer so when my daughter was calling me god instead of dog, I said this is even simple so let me use the Bullgod,” he explained.

Nana Asiamah continued that he had no problem with people who regarded his ‘Bulldog’ as the animal dog “since a dog is also a creation of God”.

Lawrence Nana Asiamah Hanson is an artiste manager who has managed a lot of talents in Ghana.

He has executive produced so many songs and was the long-time manager for controversial Ghanaian musician, Charles Nii Armah Mensah, known in the showbiz circles as Shatta Wale before they fell out.

Shatta is cooperating, his post on Fennec’s death will complement our investigation – Police