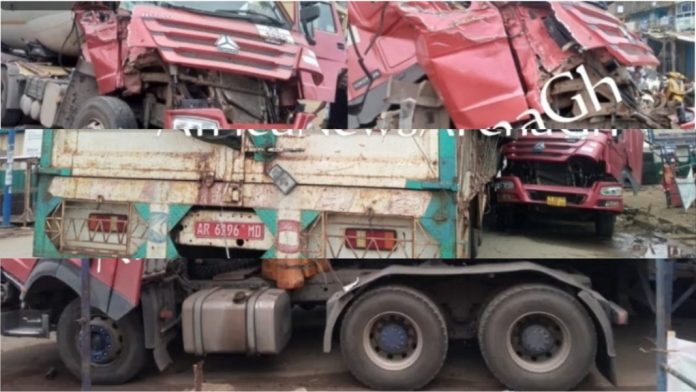 The timely intervention of the Ghana National Fire Service has prevented a possible fire explosion at Mankessim in the Central Region.

A cargo truck from Ivory Coast crashed a gas tanker that had parked on the roadside.

According to a report given by Adomnana Odiasempa on Onua FM’s Midday bulletin Tuesday, September 13, 2022, the driver of the 52,000 litre gas tanker had parked on the edge of the road to purchase some beverage.

He reports the GNFS arrived at the scene on time when they were called to ensure the tanker doesn’t explode.

The consequences of an explosion would have been dire according to Odiasempa due to how populous the scene is.

He also said the tanker’s parking lot was risky as many complaints have been made on vehicles that park on that edge of the road.

Other vehicles had also parked at the time of the incident.

Meanwhile, the security have towed the tanker to a place where there would be less damage even if it explodes, whilst the truck is at the Mankessim Divisional Police Command with investigations ongoing.

Mankessim: Pastor and chief kill 25-year-old lady for money rituals after raping her