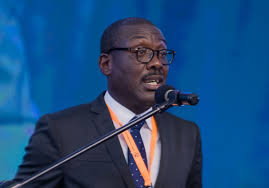 The Ghana Bar Association (GBA) has said said the flogging of the two young persons, as captured in a video, is humiliating, dehumanizing, demeaning and degrading.

The GBA said it also amounts to the violation of their fundamental human rights, and an attack on their persons.

The two were paraded at the forecourt of the Wa Naa’s Palace on Tuesday, May 31, 2022), and lashed by a group.

A video of the incident, which happened on Tuesday afternoon, has been shared on social media.

The girl and boy had been seen having sex in a leaked video. The video had a date stamp of May 29 [Sunday].

The GA in a statement issued on Wednesday June 1 said its attention “has been drawn to a video in which two young persons were tied to poles and flogged in the presence of onlookers. According to the narrative accompanying the video, the two were being punished for allegedly indulging in sexual acts and recording the said acts on video.

“The GBA wishes to state that the flogging of the two young persons is humiliating, dehumanizing, demeaning and degrading, and amounts to the violation of their fundamental human rights, and an attack on their persons. The barbaric act contravenes Articles I (2) and 15 (1) (2) (a) and (b) of the Constitution, 1992, which provide: ’12. (2) Every person in Ghana, whatever his race, place of origin, political opinion, colour, religion, creed or gender shall be entitled to the fundamental human rights and freedoms of the individual contained in this Chapter but subject to respect for the rights and freedoms of others and for the public interest.’

(2) No person shall, whether or not he is arrested, restricted, or detained, be subjected to(a) torture or other cruel, inhuman or degrading treatment or punishment; (b) any other condition that detracts or is likely to detractfrom his dignity and worth as a human being’,”.

It added “The flogging of the young persons is antiquated, backward, barbaric and abominable, and the GBA condemns same in no uncertain terms.

“The GBA is therefore calling on the relevant security agencies to arrest all persons involved in the physical abuse of the two young persons, investigate the incident and ensue that the pelpettators are prosecuted in accordance with law.

“The GBA takes this opportunity to advise all citizens and all persons living in Ghana to desist from taking the law into their own hands by meting out punishments to people they suspect to have contravened the law or of having broken any moral codes of any community.

“The GBA urges all Ghanaians and persons living in Ghana to respect the constitutionally guaranteed and fundamental human rights and freedoms of all persons as every individual ‘s right ends where that of another begins. The GBA’s Women and Minors Rights Committee has been directed to take up this matter, by closely monitoring same and offering the necessary and required legal assistance to the unfortunate victims of the lawless and barbaric act.”