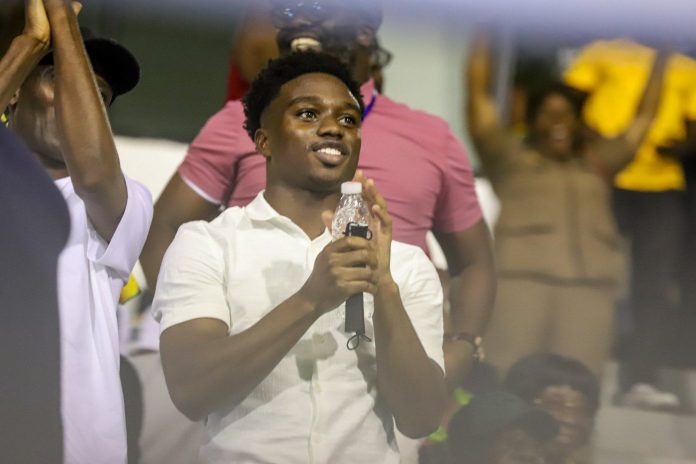 Tariq Lamptey was at the Cape Coast Stadium on Wednesday to support the Black Stars in their 2023 Africa Cup of Nations qualifying match against Madagascar.

The Brighton defender was pleased with his team’s performance, which resulted in a 3-0 victory.

Lamptey and his parents reportedly met with Ghana Football Association president Kurt Okraku on Tuesday to discuss the player’s desire to change his nationality from England to Ghana.

Lamptey is set to become a Ghana international after turning down an invitation from England U21 last month.

The 21-year-old, born in London, was contacted by Ghana in 2020 but made his England U21 debut later that year.

Lamptey, who has two U21 caps, qualifies for Ghana through his parents and has also played for England Under-18s and Under-19s.

The former Chelsea player started 16 times for Brighton in the Premier League in the 2021-22 season and made a further 14 appearances as a substitute.