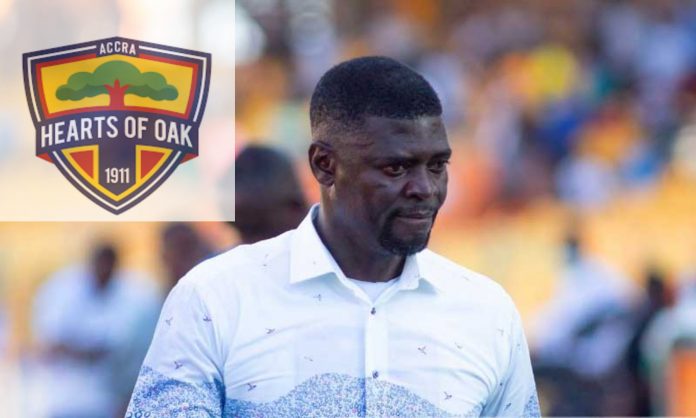 Accra Hearts of Oak has made it official, its contract termination with head coach, Samuel Boadu and his technical team.

Following a publication by OnuaOnline which indicated Mr. Boadu has been forced out of the club by the Board of Directors, a release has come out saying they have parted ways with him.

Coach of the U-20 side, Samuel Nii Noi will take over until a substantive coach is appointed.

READ ALSO: Hearts of Oak Board pushes Samuel Boadu out as Head Coach

Read below the release: