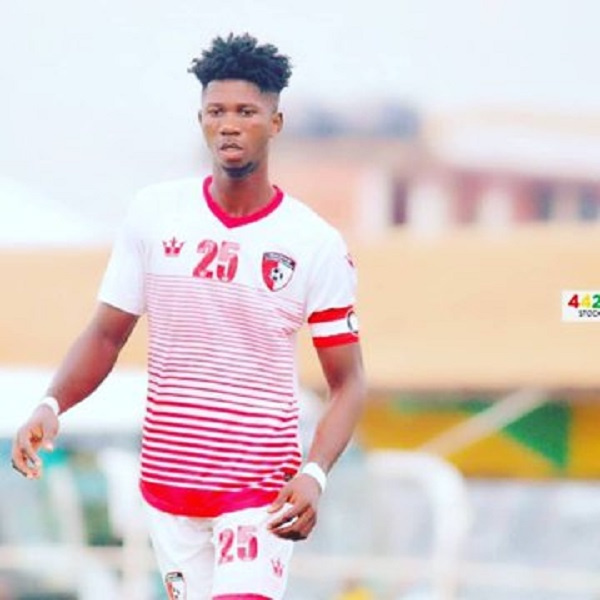 Former captain of the West African Football Academy (WAFA), Konadu Yiadom, is now a registered player of Accra Hearts of Oak according to the Communications Director of the Phobians, Kwame Opare Addo.

Several reports in the media has it that the MTN FA Cup champions were unable to register the bulky centre-back for the upcoming season.

But responding to the reports on Agoro Fie on Onua TV, Opare emphatically stated that the club has registered the player and Hearts of Oak fans should ignore any agenda initiated by persons who do not want the good of the club.

“For us at Hearts, nobody can set an agenda against us. Konadu Yiadom is a registered player of Hearts of Oak. Konadu Yiadom was registered yesterday (22nd October, 2022) around 11:20pm on the deadline day,” he clarified.

He further stated that fans of the club should pray for the player to hit the ground running when he resumes training with the great Oak club.

Konadu Yiadom is one of the 7 Phobians at the camp of the Black Galaxies currently on tour in Austria, preparing for the CHAN qualifier against Nigeria, later this month.