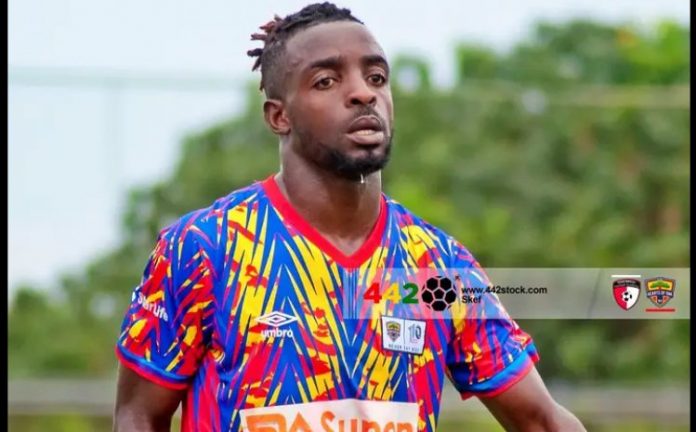 Frederick Ansah Botchway has joined Samartex 1996 Football Club on a permanent deal after completing a move on transfer deadline day, Hearts of Oak’s Kwame Opare Addo, the Director of Communications, has disclosed.

In an exclusive interview with Alfred Takyi Mensah on Agoro Fie via Onua TV Tuesday, August 23, 2022, Opare said the midfielder has joined the Timber Boys in an undisclosed fee.

“It’s true Ansah Botcway has joined Samartex on a permanent deal,” he confirmed.

Aboi (coined from Samreboi, home grounds of Samartex FC) will be the midfielder’s new home following months of uncertainties about his future at the Capital club.

The 25 year old becomes the 8th signing for the Green and Whites lads, hoping his experience will aid them make a meaningful impact in their debut season in the Ghana Premier League.