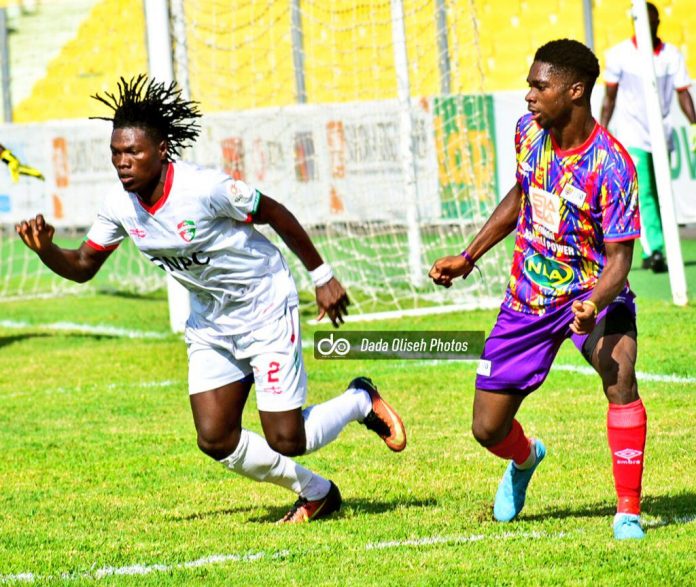 Asante Kotoko can win the Ghana Premier League against AshantiGold on Thursday after Hearts of Oak were held to a draw by Karela United on Monday.

The Phobians drew 1-1 at the Accra Sports Stadium, a result that favours Kotoko, who now need only a point to win their 25th title.

Hearts appeared to have won thanks to attacker Benjamin York’s goal in the 45th minute, but Emmanuel Boakye Owusu’s late goal stunned the home side.

Hearts, who won the title last season, needed a victory to keep alive their slim chance of being champions again. They dominated the first half, and York gave them a deserved lead with a superb volley from inside the box.

But Karela pushed men forward in the second half and were rewarded seven minutes to full time when an unmarked Owusu scored from close range.

As a result of the draw, Asante Kotoko will be champions if they avoid defeat in their outstanding match against regional rivals AshantiGold in Obuasi.

The victory means Kotoko have 59 points and hold a 9-point lead at the top over closest rivals Bechem United and Medeama. Fourth-placed Hearts of Oak trail Kotoko by 11 points.

Kotoko have a better head-to-head record against all three teams.