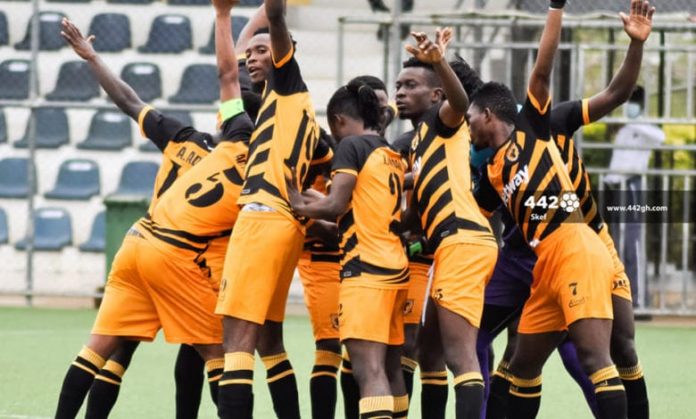 This follows the conclusion of investigations into match manipulation allegations in a 2020/21 League game.

The Obuasi-based club was found guilty of match fixing in that Matchday 34 7-0 win over Inter Allies.

The goals, two of which were own goals, were deemed too easy.

Later substitute in that match Hashmin Musah, who scored the two own goals, confessed to spoiling widespread bet, which wanted the match to end at 5-0.

Both AshGold and Inter Allies were charged by the Disciplinary Committee of the Ghana Football Association (GFA) last year.

They were charged for breaching Article 34 of the GFA Premier League Regulations, 2019.

It was after both clubs were given the window to file their statements of defence that the verdict was reached.

According to the GFA Disciplinary Committee, officials of the clubs and players who played in that game have also been sanctioned.