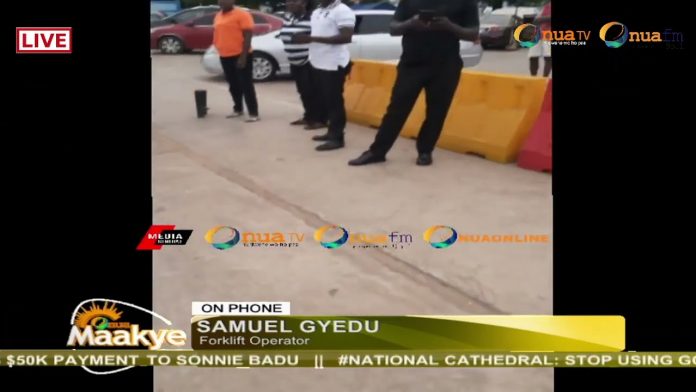 A forklift driver, Samuel Gyedu has allegedly had his car seized and physically assaulted by the Tema Metropolitan Assembly (TMA) guards for not having a sticker on his car.

He complains on Onua Maakye Wednesday, June 22, 2022, that he is a forklift driver but drove his private car through town where he was mistaken for a commercial online driver.

Mr. Gyedu says whilst the guards were engaging him for not having the said sticker, they grounded his car, tore his dress, removed his battery and forcefully took his keys.

He narrated his ordeal to Captain Smart.

Meanwhile, attempts to reach the spokesperson for TMA proved futile. Aide to the TMA Mayor, Joshua Edmundson, said the Vice President was in Tema making the officials occupied.