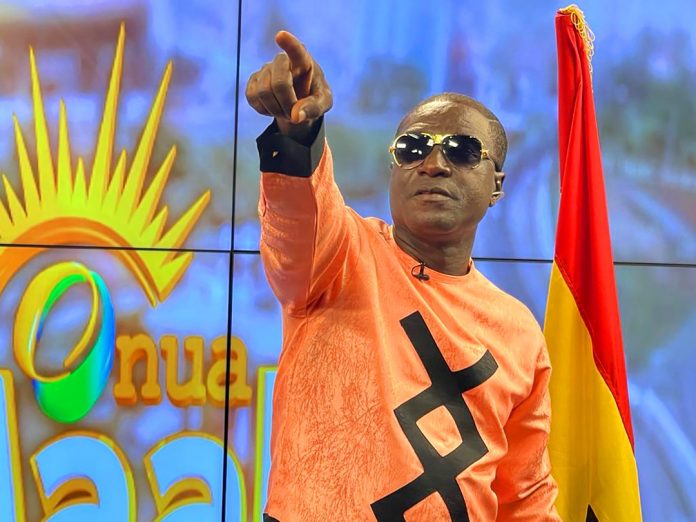 Captain Smart has assured management of Media General, owners of Onua FM and TV, that the brand would soon become number one in the country.

He says he and his team together with other staff of the company will help uplift the platforms ( radio, TV and online) to annex other media stations soon.

He was speaking on his First Anniversary celebration after joining the brand on Wednesday, June 1, 2022, on his show, ‘Maakye’.

Prior to taking over the Morning Show in June 2021, Onua FM and TV were at the bottom of the media ratings but are currently occupying enviable positions in the country.

“Onua is a baby of Media General, but it’ll become the bearded son of the house,” he said.

He expressed gratitude to the management and staff of the company, as well as his production team for the support given him since he joined the brand.

“I want to say a big thank you to all the management and staff of Media Meneral, especially the Onua brand.”

“I’m a messenger — just the presenter, so I haven’t done anything but rather the team at the background,” he expressed.

Management, through the Human Resource Manager, Ama Lawson, and General Manager of the Onua Group, Joel Hammond, presented an anniversary cake to the team on set this morning.

Presenters and co-host, Yaa Titi Okrah, Daakyehemaa Adwoa Asantewaa and Afia Tagor, took turns to share their experience with Smart since he joined a year ago.

However, Appiah Kubih, who is part of the presenters wasn’t available since he is on sick leave.