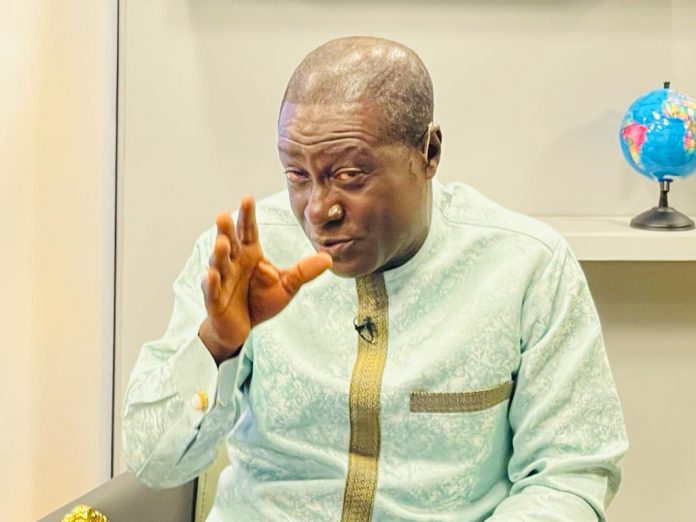 Broadcaster Blessed Godsbrain Smart known in the media as Captain Smart says he believes there is a political terrorist at the seat of government.

Mr. Smart says the performance of the current government is incongruous with the personality of President Addo Dankwa Akufo-Addo which he believes is as a result of someone’s mastermind.

Discussing the plight of teachers that led to their strike on his show Wednesday, July 6, 2022, Captain Smart said he believes the president is not on top of issues and may not be aware of a lot of things happening in the country.

Hosting a teacher, Norbert Gborgbortsi, on ‘Maakye’ Wednesday, July 6, 2022, who listed many of the challenges teachers have been facing over the years, Mr. Smart said someone might be at the Jubilee House sabotaging events in this administration.

Discussing among other challenges on the show, it was revealed that the take-home benefit given to teachers after many years of service is an eyesore, compared to the huge sums politicians take at the end of their four-year tenure.

A teacher who had thought for 32 years was given merely GH₵10,000.00 by the Social Security and National Insurance Trust (SSNIT). After being asked to go for the rest of her package from her tier two, she was given a paltry GH₵102.00.

Also, even though teachers salaries have been deducted to be supplied laptops, some of them have still not gotten. Government had promised to pay 70% of the laptops for them but the teachers ended up paying for everything themselves.

Many of these issues coupled with the economic coccidiosis of the state is what Mr. Smart says do not go with the Akufo-Addo he knows.

“The Nana Addo I know is not like this. I think there is a political terrorist at the Jubilee House and must be smoked out. National Security Minister, Albert Kan Dapaa, I think you need to smoke them out. I don’t think the old man is aware of this,” he stated.

Meanwhile, four teacher unions have declared a strike following government’s failure to fulfil a 20 per cent Cost of Living Allowance (COLA) for them.

At a press conference organised last week to declare the strike, the teachers noted until government defrays the 20% COLA to subdue the high cost of living, they will not return to the classroom.

The strike is already taking a toll on education as some final year Junior High School pupils who spoke to Onua News this week expressed pessimism in their impending Basic Education Certificate Examination (BECE).