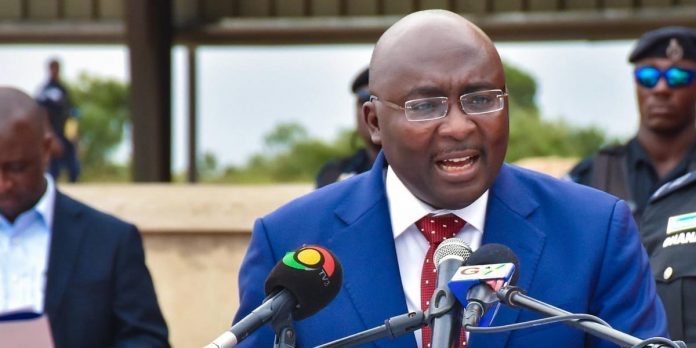 Vice President Alhaji Dr Mahamudu Bawumia has subtly replied the #FixTheCountry campaigners by stating that “many things” have been fixed in the country.

“And we are fixing more,” he insisted.

The Vice President made these remarks over the weekend when he addressed leadership and members of the Tertiary Students Confederacy (TESCON), the student wing of the New Patriotic Party (NPP), at the University of Cape Coast in the Central Region.

He noted that the first term of the Akufo-Addo-led government saw to “competent” work done, leading to the victory in the elections of December 7, 2020.

“We have begun our second term which is a build-up on what we did in the first term,” he noted.

“As our 2020 manifesto indicated, this term will see to the consolidation of the many laudable initiatives we undertook in the first term, many of which have led to solutions that have never been seen since independence.”

On that score, he insinuated that many of the ills the government inherited are being fixed by the policies and programmes of the current administration.

“We have implemented some bold policy initiatives and fixed quite a number of things that needed fixing. In fact, we have fixed many things in the country and we are fixing more.”

He cited policies and programmes such as the Free SHS, banking sector clean-up, restoration of teacher and nurse trainees allowances, ambulances for each constituency, digitalization agenda, One District One Factory, jobs and end to dumsor as being fixed, if not fixed, by the government.

“Ladies and gentlemen, as indicated earlier, many of these challenges we have fixed had not been addressed since independence,” he stated.

“Yes, there are a lot more to fix but we are proud of what we have been able to achieve in the first term and we will build on them.”

This comes days after a youthful group of patriotic Ghanaians took to the streets to demand improvement in living conditions of Ghanaians.

Dubbed #FixTheCountry, the street protest, which began at the Obra Spot near the Kwame Nkrumah Circle Interchange and ended at the Black Star Square on Wednesday, August 4, saw hundreds collectively demanding a new constitution.

Similar protests at the regional level are planned to be held in the next few days.