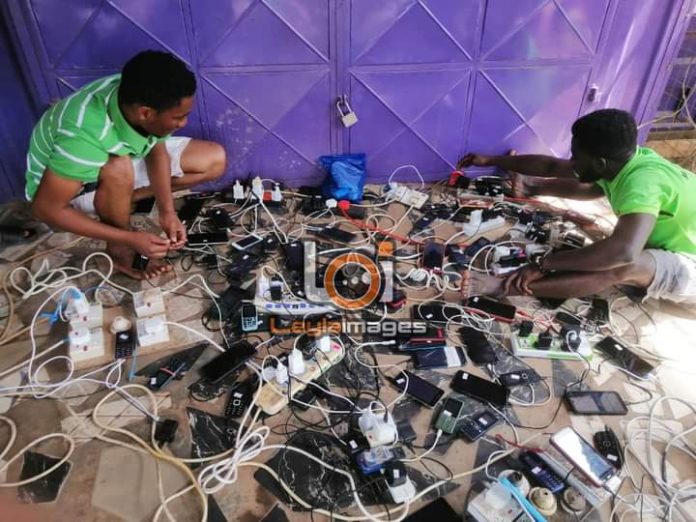 Residents in Lower Manya and Yilo Krobo Municipalities pay between three to five cedis to individuals who own generators to charge their smart phones.

This is not the first time this is happening. Earlier this year, the same scenario occured until stakeholders discussed for a compromise.

Power in the two municipalities have been out since Wednesday July 27, 2022.

The Manya Krobo Traditional Council says information it has, suggest some persons in the area tampered with the metres causing them to be faulty.

The chiefs say the fibres connecting ECG office cables have been disconnected by persons they’ve described as saboteurs.

When the ECG went to Nuaso, where the metres are faulty to get them fixed, some of the residents attacked them.

The power distribution company has said until their safety is guaranteed, they won’t repair the faulty metres.

In the release issued by the chiefs, they cautioned those behind the attacks to stop rather than that, they wouldn’t get power in the community.

ECG officials have not issued any official communication on what the challenge is resulting in the total darkness.