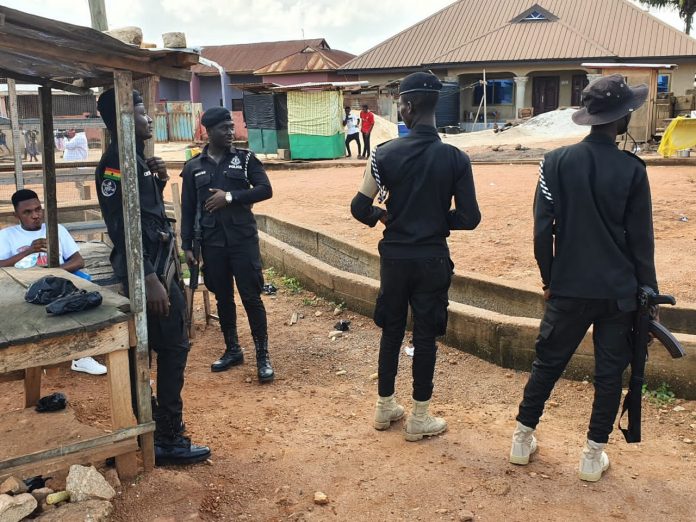 A 38 year old bar operator Kwame Yeboah has been stabbed to death in a suspected chieftaincy dispute.

The incident happened on the early hours of Sunday at Adum Afrancho in the Atwima Kwanwoma District of the Ashanti Region.

The town is currently, under heavy police patrol.

Chieftaincy dispute has gripped the small community with a population less than one thousand.

An eyewitness claimed to have identified one Police officer who was allegedly involved in the crime.

“We saw Inspector Antwi hand over his armour vest and a knife to his brother to stab Kwame Yeboah multiple times. Anytime we try to intervene he physically prevent us. We managed to overcome them and seize the knife which is currently, in the custody of the police” a resident who witnessed the incident told William Evans-Nkum.

One other resident, who had attempted to rescue the deceased was also stabbed. He is currently, on admission at the Komfo Anokye Teaching Hospital.

The commander of the Police patrol team would not confirm or deny the allegation of the Police involvement “I do not have the mandate to speak to you, please try and reach my superiors” his response when the news team pressed for a reaction.

The body of the deceased has been deposited at the Komfo Anokye Teaching Hospital morgue.

The Ashanti Regional Police Command is yet to issue a statement on the development.

Adum Afrancho: Police arrest six over land, chieftaincy dispute that led to killing of one person