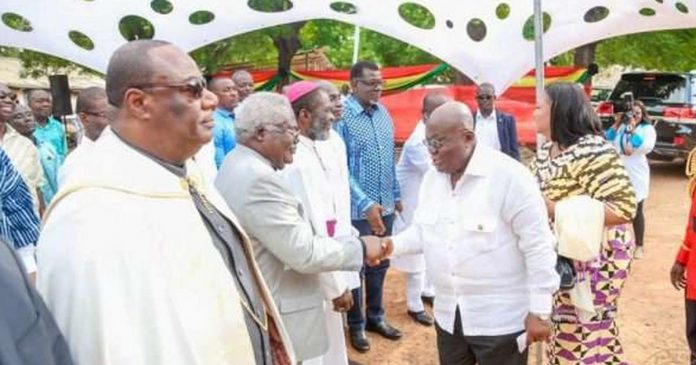 Discussions on the funding and ownership of the National Cathedral has gained centre stage on both traditional and social media over the last few weeks with new dimensions popping up on almost a daily basis.

A Youth Activist and Social Commentator, Ivan Innocent Kyei has said the ‘men of God on the Board of Trustees of the National Cathedral project must do a press conference and apologise to the entire nation” on the insults they rained on some citizens for spelling some corruptive aspect of the initiative.

Speaking on Onua TV/9FM’s Maakye on Tuesday, June 21, 2022, Mr. Kyei asked to know the stance of those Trustee members now that the truth about the Cathedral’s ownership and funding is unfolding.

But Mr. Kyei has been asking host of Maakye, Captain Smart that: “What is the current decision of the pastors who insulted us for talking about the cathedral? I’ve heard some are resigning secretly. They must do a press conference and apologise to the entire country. Every pastor on the Board that knows anything about the monies must be taken to court.”

The nurse trained social commentator also bemoaned the Ghanaian concept and attitude towards power, saying “people would trade their wives for power because their intent is not to serve but to use power to amass wealth for themselves and engage in sort of mishaps.”