Home Major Top Story ‘At no point did we say we wanted to do an armed...
Facebook
Twitter
WhatsApp
Linkedin
Telegram
Print 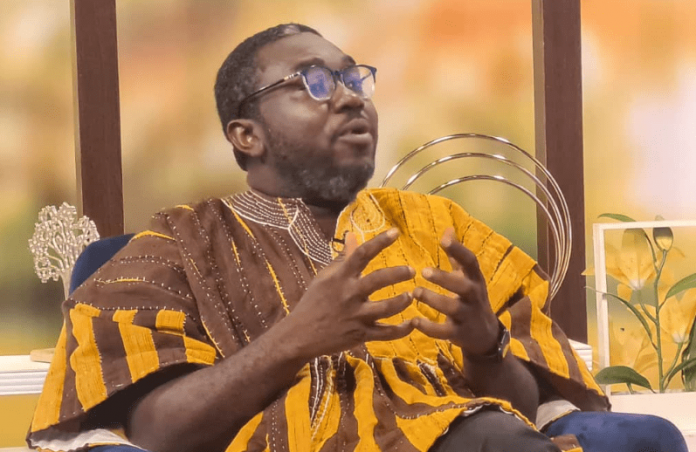 Lead Convener of the #FixTheCountry Movement, Oliver Barker-Vormawor, has said his group did not plan to embark on an armed demonstration as was reported by the Police in a statement.

He said all they wanted was for a private security to protect the demonstration, not the Police.

“What we are saying is that we want a private security protection and if any weapon is held by them it is going to be licensed by the Arms and Ammunition Decree,” he told Berla Mundi on the New Day show on TV3 Monday, June 6, 2022.

The group has been condemned for planning to stage a violent demonstration.

For example, North Tongu Member of Parliament Samuel Okudzeto Ablakwa said violence and the use of guns by demonstrators could not be acceptable in any democratic society like Ghana.

To that end, he said, the leaders of the planned June 4 armed demonstration must be condemned for contemplating this “disastrous path — they must stop it or be stopped!”

“Violence and the use of Guns by demonstrators cannot be acceptable in any democratic society. Leaders of the June 4 demonstration must be condemned for contemplating this disastrous path — they must stop it or be stopped!” Mr Ablakwa tweeted.

The Accra Regional Command of the Ghana Police Service declined a request from some persons including broadcaster Godsbrain Smart, popularly known as Captain Smart, and #FixTheCountry convener Oliver Barker-Vormawor to demonstrate.

The Police said the nature and character of the demonstration as intended, is inconsistent with the Public Order Act hence the decision to stop it.

The demonstration would have taken three days and allowed the leaders to address the nation on GTV.

“The Accra Police Regional Command on Sunday May 29 2022 received a notice of intention to embark on a demonstration by a group of persons : Okatakyie Afrifa Mensah, Captain Godsbrain, Benjamin Darko, Oliver Barker-Vormawor.

“The service is of the view that the nature and character of the demonstration as intended, is inconsistent with with the Public Order Act,” the Police said in a statement.