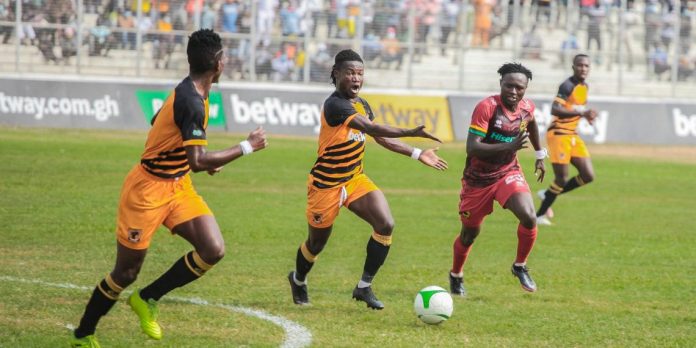 The match between regional rivals AshantiGold and Asante Kotoko in the Ghana Premier League has been postponed.

The Ghana Football Association (GFA) announced that the Thursday afternoon match has been postponed indefinitely due to security concerns.

“The decision follows an intelligence report and advice from the Ghana Police Service. The Miners were scheduled to play their regional rivals at the Len Clay Stadium in Obuasi on Thursday, May 19, 2022,” the GFA announced.

“The Ghana Football Association would announce a new date in due course. Stakeholders are to take note and act accordingly.”

According to reports, the Miners fans, who are upset about their club’s relegation to the third-tier league, intend to cause trouble during the game, forcing the GFA to intervene.

AshantiGold and Inter Allies have been demoted to the Division Two League due to match-fixing. The decision will go into effect next season.