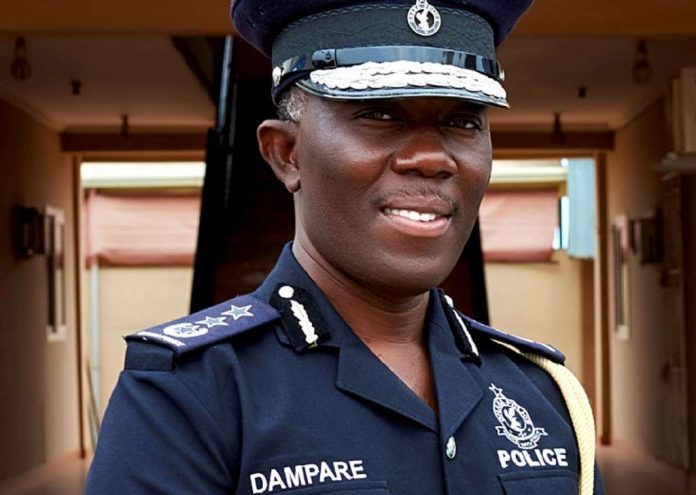 The Inspector General of Police has assured students and authorities of Islamic Senior High School of thorough investigation into circumstances that led to the shooting incident in the school.

Dr. George Akuffo Dampare said the police’s mandate is to protect lives and properties and not to cause destruction.

The police chief was addressing the students after armed police personnel fired live bullets in the school leading to the hospitalisation of over 20 students.

The incident was engineered by a peaceful protest by students to demand for erection of speed ramps on a road in front of their school which rather turned violent.

Armed police officers in an attempt to disperse the students allegedly fired teargas at them.

This infuriated some of the students who in return pelted stones at the police.

Angered by the action of the students, the police chased them on campus and fired live bullets severally.

Over 20 students fell unconscious and had to be rushed to nearby hospitals.

Some parents stormed the school and demanded to see their wards.

Meanwhile, the Ashanti Regional Chief Imam, Abdul Moomen Haroun has expressed worry over the firing of live bullets on the students.
He has called for prosecution of the officers involved in the incident.

The Inspector General of Police would later visit the school for a first-hand assessment of the situation.

He later addressed the students and school authorities, assuring them of the police’s readiness to investigate the matter to its core.

Most of the students have been discharged but the condition of two are said to be critical.

Calm has since returned to the school with academic work expected to resume on Tuesday, June 14.

Dampare again: ‘We will never accept the tag that we are the most corrupt institution in the country’