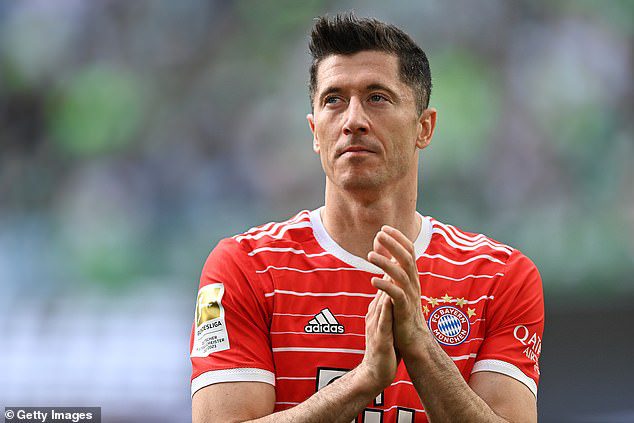 Bayern Munich striker Robert Lewandowski says his time with the club “is over”.

His future has been uncertain for some time, with it long been known that the Poland international will not sign a new contract with the Bundesliga champions.

The 33-year-old’s current deal does not expire until 2023 – but he has pleaded with the Bayern hierarchy to let him leave, with Barcelona reported to be his favoured destination.

In his clearest message yet, Lewandowski has said, “For today it is certain that my Bayern story is over”.

He went on to say, “I cannot imagine what happened in the last months of our further cooperation. Transfer will be the best solution. I believe Bayern will not stop me just because it can.

After eight years with Bayern, Lewandowski will walk away from the German city with an incredible goalscoring record, which will interest many of the big clubs in Europe.

He’s scored 344 goals in 374 games for the club, while picking up a haul of major trophies including eight league titles and a Champions League winners’ medal.

With Nations League fixtures against Wales, Belgium and the Netherland coming up, Lewandowski says he does not want to speak about his future again until after he has completed international duty.

‘Something in me has vanished’ – Lewandowski again asks to leave Bayern