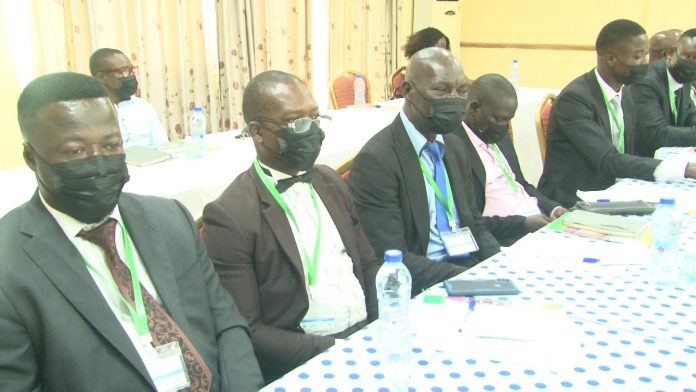 Environmental Health Officers in the Ashanti Region have been trained on the Public Health Act, Court Procedures and Bye Laws of the District Assemblies.

The Ministry of Sanitation and Water Resources believes the Environmental Health Officers who also serve as prosecutors for Public Health Offences needed to be trained on the laws guarding their operations to effectively discharge their duties.

Seasoned lawyers who served as facilitators also took the environmental officers through court procedures and also the laws defining the crimes to prosecute members of the public who flout the Public Health Act.

Nana Obeng Poku Tannor II of the Ministry of Sanitation and Water Resources spoke to Onua News on the need for the training in Kumasi.

“Most people keep saying that our communities are dirty and there was the need for the reintroduction of the Town Council officers to apprehend individuals who litter indiscriminately. But I want to say that we still have Environmental Officers in all the districts,” Nana Tannor stated.

On the mandate of the Environmental Health Officers after the training, Nana Tannor II explained that “these officers are not just going to arrest and send individuals to court; offenders will be warned for three times but if they remain recalcitrant then the officers would process them for court”

The Ministry of Sanitation and Water Resources is also appealing to the public to ensure they have decent public toilets in their homes to end open defecation.