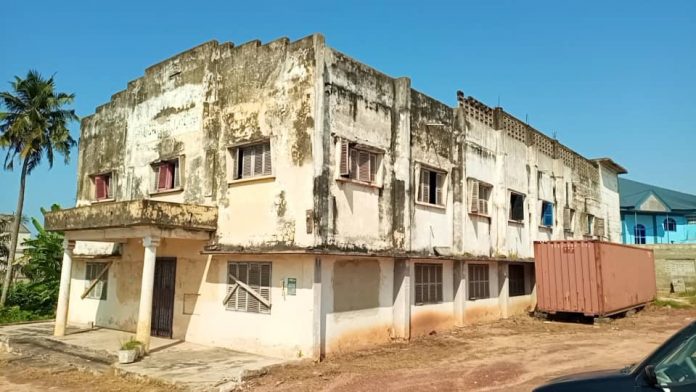 Some residents in Sekondi Takoradi have expressed their support for the Assembly’s decision to enforce its bye laws that compel property owners to repaint or rehabilitate their buildings at least once every five years.

As part of efforts to enhance tourism in the Sekondi Takoradi Metropolis, the Assembly has launched a campaign on maintenance of premises to ensure the painting of some old buildings as a measure to beautify the metropolis.

The campaign is aimed at encouraging property owners to repaint their buildings whilst abandoned and dilapidated buildings will be demolished.

The assembly in December 2021 passed a resolution to enforce the existing bye law that will force property owners to keep their houses clean and paint them on regular basis or at least once every five years.

In this direction, the assembly has allowed a three months respite period to sensitize property owners and the residents. Failure to comply after this period will see the assembly mobilizing and painting the property to be surcharged to the owners.

“What I tell the property owners is that, there is a saying that a journey of a thousand miles start with a step. It is already in the Assembly’s bye Laws. Our assembly members have already started educating some property owners and this is an extended one to engage the media to launch this program.

He further advised landlords to commence preparations towards the initiative and start buying paints in order not to rush at the last hour.

The Western Regional Minister said there will be colour patterns for each street to beautify it.

“I’m not aware of this bye Law but it is a good idea. I don’t see the reason why one should wait for five years before painting his or her house. Painting your house makes the building Strong and also beautify the streets and the city. So I’m in full support of the Assembly’s decision to enforce these bye laws”