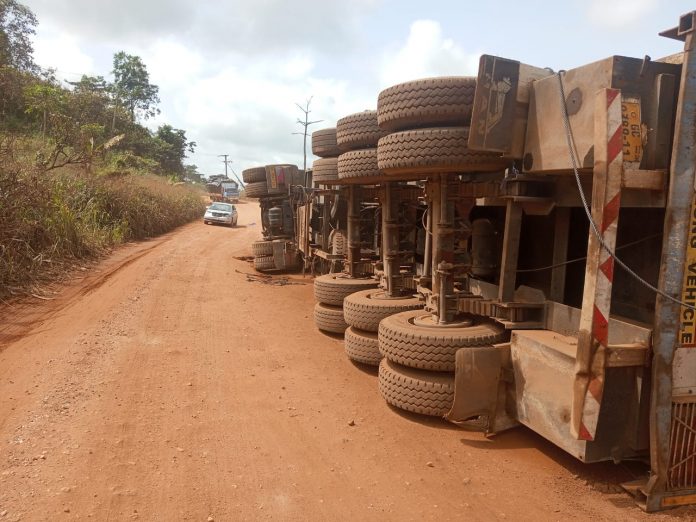 The Central Regional Police Command has prevented five communities in the Upper Denkyira West District of the Central Region to demonstrate against the deplorable nature of their roads.

The communities which include Ayanfuri, Kwame Prakrom, and others have over the years complained about the bad roads in the area.

According to the organisers of the protest, the police cited security reasons in the area to prevent them from organising the event until further notice .

But, the organisers insisted and avowed to organise the protest within this month.

In 2019, the country saw many demonstrations from aggrieved citizens over the poor nature of roads in various communities.

Even though the government declared 2020 as the year of roads , people of Ayanfuri and other communities in the Upper Denkyira West are yet to see improvement in their road infrastructure.

The bumpy and dusty roads is affecting health and economic activities in the area but the district authorities have ignored their incessant pleas to get the roads fixed.

The Assemblyman for Ayanfuri Electoral Area, Kwabena Annin Castro expressed his disappointment over the poor nature of their roads.

”Even more worrying, is the inability of students to go to school when it rains,” he said.

He pointed out that, drivers, especially tipper truck and other commercial vehicles are compelled to visit mechanics frequently for maintenance due to frequent breakdowns.

He appealed to the government to ensure the contractor returns to site.

Community leaders, however, promised that the demonstration would surely come on if authorities fail to act swiftly.

”We are only agitating because of our roads. The leaders have failed us. The distance from Ayanfuri to Dunkwa-On-Offin is short but they have fixed their roads and left ours,” he said.

”Day in and day out they keep making promises but haven’t kept any. So if the government will not fix this road for us, then we will demonstrate this month, he stated.

”We are tired. They have tarred some roads and left us for. Are we not human beings? One of the leaders fumed: ”Our leaders have deceived us for long. They should work on their promises,” he said.