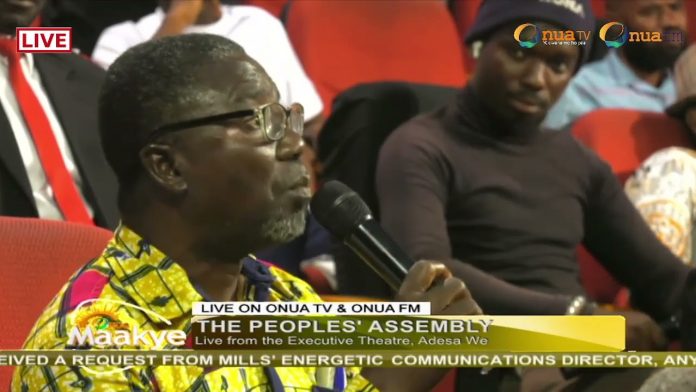 An Accra New Town resident has asked men of God to desist from the message of hard times in the latter days.

He says that message being preached by pastors has given politicians the urge to mismanage the economy and dwell on the quote to perpetrate poor leadership.

“The pastors should stop the preaching that ‘there would be hard times’. It’s a useless talk so they should stop. Why do you borrow and spend and go elsewhere to take another loan? Isn’t the world hard for them too?,” he quizzed.

He noted further that the constitution doesn’t foster development and must be changed as soon as possible to provide better jobs for the citizenry.

Watch him air his view on Maakye with Captain Smart.

‘My mother stopped me from joining the military, so Dr. Addo Kufuor compensated me with ‘Captain’ – Smart discloses