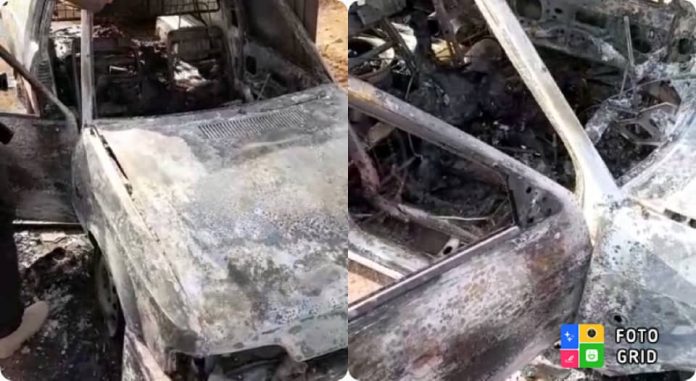 A young man believed to be in his forties has been killed by unkonwn men at Nakom in the Pusiga District of the Upper East Region.

He was returning from Cinkasey, a business town in Togo, where he was killed and his car set ablaze.

The young man, popularly known as Cantona was popular in Bawku and other areas in the Eastern part of the Upper East region for his love for people and humanity.

Officials from the Ghana Police Service after the incident arrived at the scene, where the vehicle with registration number GT 323 V belonging to the deceased was set ablaze.

The Ghana Police Service has mounted a search for the perpetrators of the act to foster their investigations.

Bawku and its environs, for the past six months has been in the news for insecurity and criminal activities.