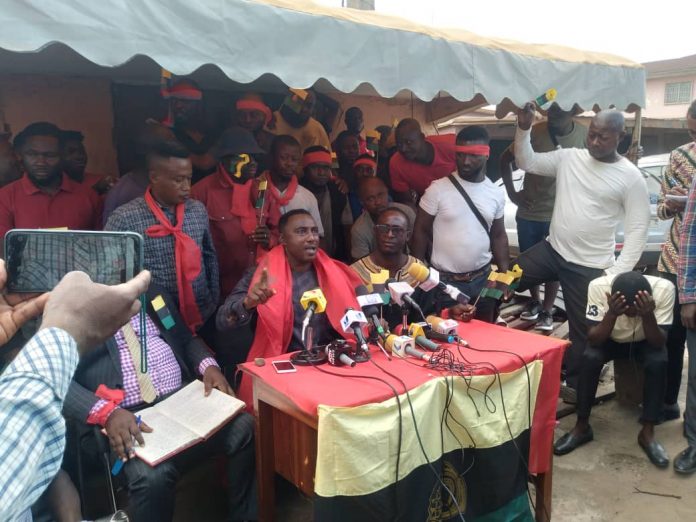 Suame youth in Kumasi have accused the ruling New Patriotic Party (NPP) government of starving the Ashanti Region of development following what they say are unfulfilled campaign promises.

The group described as deceptive, a promise by the NPP government to construct interchanges at the Suame roundabout, Anloga Junction and others in Kumasi.

According to them , the NPP government has disappointed them for not fixing their roads.

Members of Suame Youth in a press conference also accused members of Parliament in the region of failing to push for the development of the region.

Leader of the group and chief of Dwenewoho in Ashanti Region, Nana Owusu Ampofo Twumasi, expressed his disappointment about the ruling government.

”Considering the support the ruling NPP is getting from the Ashanti Region, we are expecting that the region would do massively as compared to what is happening in other regions,” he said.

He was of the view that the NPP government had not shown serious intent to start development in the region.

”We are disappointed with the government for failing to fulfill its promises regarding the development of the region. The region has been denied development even though the region has the highest Members of Parliament in the country. Government promised to fix our roads and develop Suame Magazine into an industrial hub” but none of these promises has been fulfilled.

Nana Ampofo Twumasi, appealed to the government to fulfil the promises made to Ashanti Region in round up to 2016 and 2020 general elections.

A/R: One dead after vehicle crashes some market women at Suame